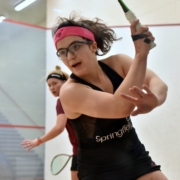 As the squash world is welcomed to Glasgow this week, the top Scottish squash players are ready to take on their counterparts from all round the globe.

Eighty-six elite athletes from fifteen countries are set to battle it out in men’s, women’s and mixed doubles competition.

From that selection, six Scottish players will be hoping to delight the home crowds by putting on a stellar performance during the week.

Whether you are a squash fanatic looking for a refresher, or a new fan hoping to get behind the Scotland team this week, here is a quick guide to each of the players representing the team.

As the current highest ranked Scottish male player, Inverness-born Greg Lobban will be hoping to add to his long list of honours with a fine showing at the championship this week.

Having won the men’s doubles title with partner Alan Clyne in 2016, Lobban knows what it takes to succeed at the highest level of the game.

The 35th ranked squash player on the PSA Tour will be hoping to continue his fine run of form this year, which saw him beating Malaysian world number 17 Eain Yow in February.

A rising start of Scottish squash, three time British Junior Champion Georgia Adderley will be hoping to maintain the fine form which took her all the way to the semi-final of the Karachi Open last month.

Edinburgh-born Adderley climbed to a high of 58th in the PSA world rankings earlier this year, a testament to the fantastic performances she has been putting in on the court.

Georgia is currently ranked 61st in the world, and she will be keen to make a big impression in what will be her World Doubles Championship debut.

Alan Clyne is another player with significant pedigree in the world of squash doubles, having won gold at the World Doubles alongside Greg Lobban in 2016.

Currently ranked 48th in the world, Clyne will be looking to recreate the form which took him to two tournament semi-finals in last year.

Like his teammate Lobban, Clyne was born in Inverness and the duo will be sure to have significant support from back home in the Highlands as the week progresses.

The current highest ranked Scottish female player, Lisa Aitken has maintained a high level of performance throughout her fifteen years at the highest level of squash.

The squash star from Montrose will be hoping to make a big impression as she competes in the women’s and mixed doubles competitions this week.

Fresh from a noteworthy victory at the Liverpool Cricket Club Open at the end of March, Rory Stewart will be hoping to bring that rich vein of form to the Scotstoun Leisure Centre this week.

The Fair City’s Stewart has been climbing the rankings consistently in his five years of PSA competition, and his current ranking of 67th is a career high.

He will be looking for high level performances as he competes on the highest stage in Glasgow.

Kempsell is no stranger to doubles competition at the highest level, having played in the 2017 edition of the tournament in Manchester.

The 28 year old will be hoping for a fine showing in his home country this week.

For those unable to make it along, Day one of the championship will be broadcast live on Youtube, the WSF and Scottish Squash Facebook pages and on the Olympic Channel, with BBC iPlayer and SQUASHTV also broadcasting the later rounds. 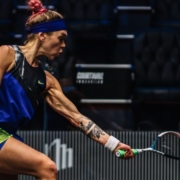 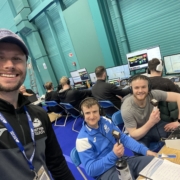 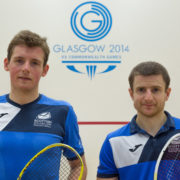 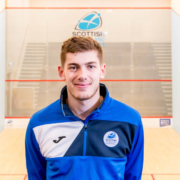 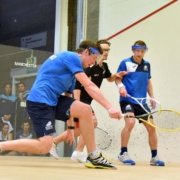