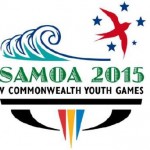 The Team Scotland Squash selection policy for the Commonwealth Youth Games, to be held in Samoa in September 2015, has been announced.

The first of the nine featured sports to have its policy approved and published by Team Scotland, the Commonwealth Games Federation is pleased to announce the return of squash to the event programme for the first time since the Edinburgh Youth Games in 2000.

Men’s and Women’s Singles and Men’s Women’s and Mixed Doubles events will be played at the new National Squash Centre currently being built at the Tuana’imato Sports cluster which is 5.5 kilometers from the capital city of Apia. Commonwealth Games specification doubles courts will be used which feature the 13-inch tin height that brought acclaim to the doubles competition in the recent Glasgow Games.

Each country is very restricted in the overall team numbers so positions for the squash team will be limited as well. The selection period runs from 1 January to 17 May 2015 and players’ European Ranking will form the basis of any nominations.

Full details can be found on the Team Scotland website here