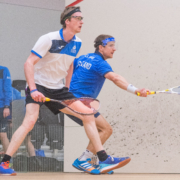 The journey to Birmingham 2022 is underway for Scotland’s top squash players who gathered for a bio-secure training camp before Christmas.

Established PSA Tour stars including Greg Lobban, Alan Clyne and Lisa Aitken were joined by the rest of the High Performance squad for a week-long doubles camp at Scotstoun Leisure Centre.

Doubles is set to be a major focus over the next 18 months as Team Scotland aim to medal in squash at the next Commonwealth Games in Birmingham, July 28 – August 8, 2022.

Last week the Games selection criteria for squash was finalised which Scottish Squash head coach Paul Bell hopes will focus the minds of his squad on the Road to Birmingham. 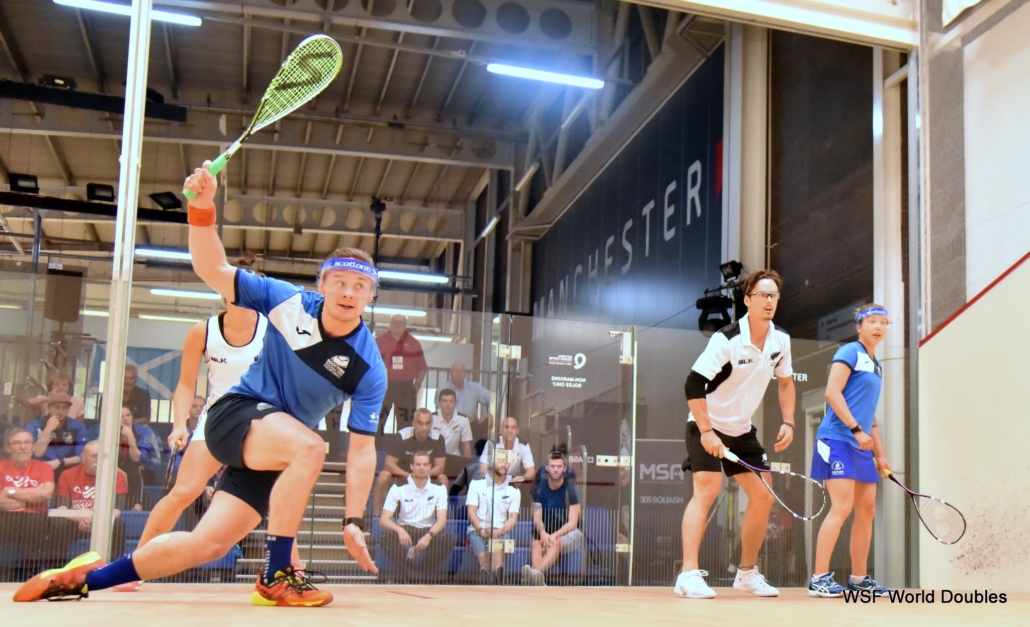 “The Commonwealth Games is the pinnacle of the sport for our players, the only multi-sport event that they are involved in,” he said.

“The doubles camp got Birmingham on their radar and confirmation of the selection criteria added motivation to training.

“Players have been fortunate enough to train during this period with the focus being on singles.

“This camp allowed us to freshen things up and set in motion plans for Birmingham.

“It was a good thing for the players to do at the end of the year and they worked hard.”

Greg Lobban and Alan Clyne have been a formidable doubles partnership for several years now. 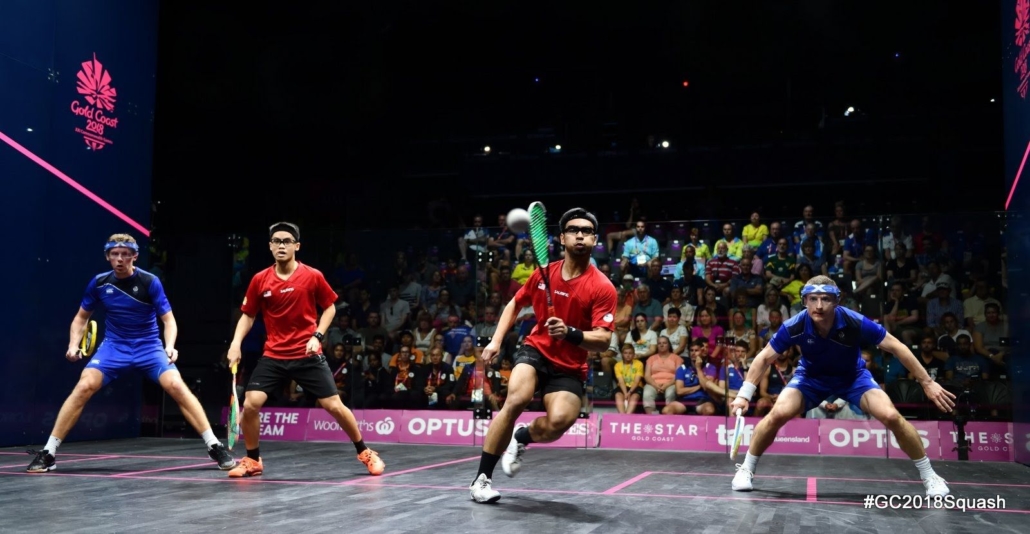 The pair became World Doubles champions in 2016 and narrowly missed out on a medal at the 2018 Commonwealth Games in Australia.

For Clyne, he will be aiming to compete in his fourth Games.

Paul added: “Although Birmingham 2022 isn’t too far away we’re not setting our sights on any specific pairings at the moment.

“A lot can change in 18 months so it’s about trying out different partnerships in mixed, men’s and women’s and keeping our options open.

“We have a fine group of doubles players and some strong potential partnerships who can give us the best chance of a medal.” 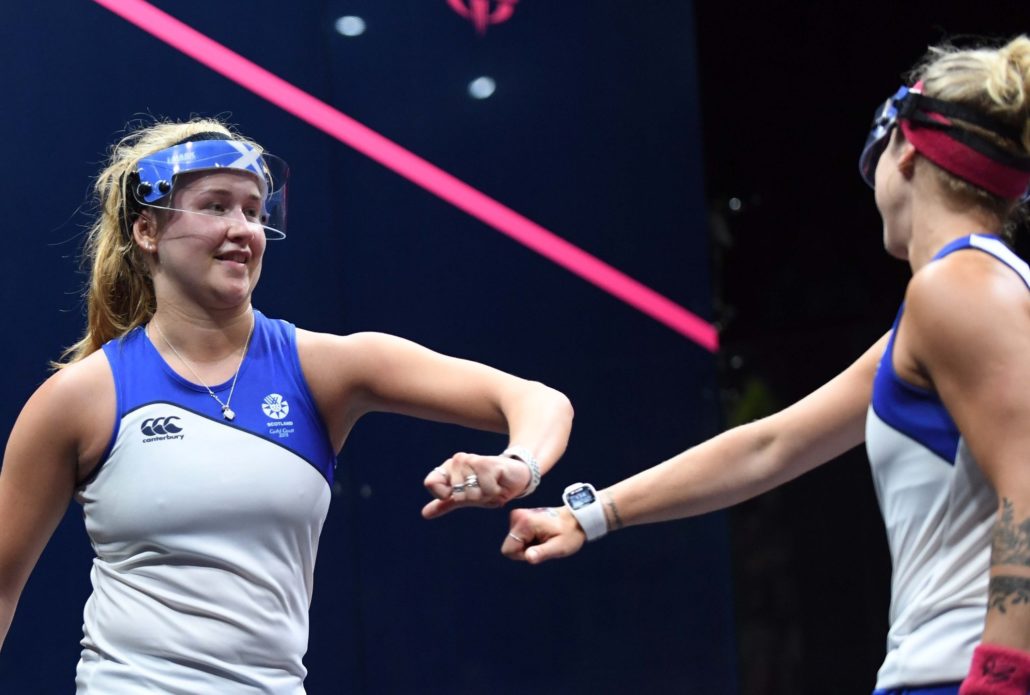 He continued: “Being able train and get together for camps such as this during the pandemic I feel can be hugely important for our squad psychologically.

“All of our Performance Players have got exemptions for training and travel which enables them to train together and help sustain their career and livelihoods.”

Scottish Squash has created a new role within the Performance division to support Paul and his coaching team in the build-up to the Games with applications now being accepted for the position of Assistant Doubles coach.

“We want to leave no stone unturned,” Paul admitted. 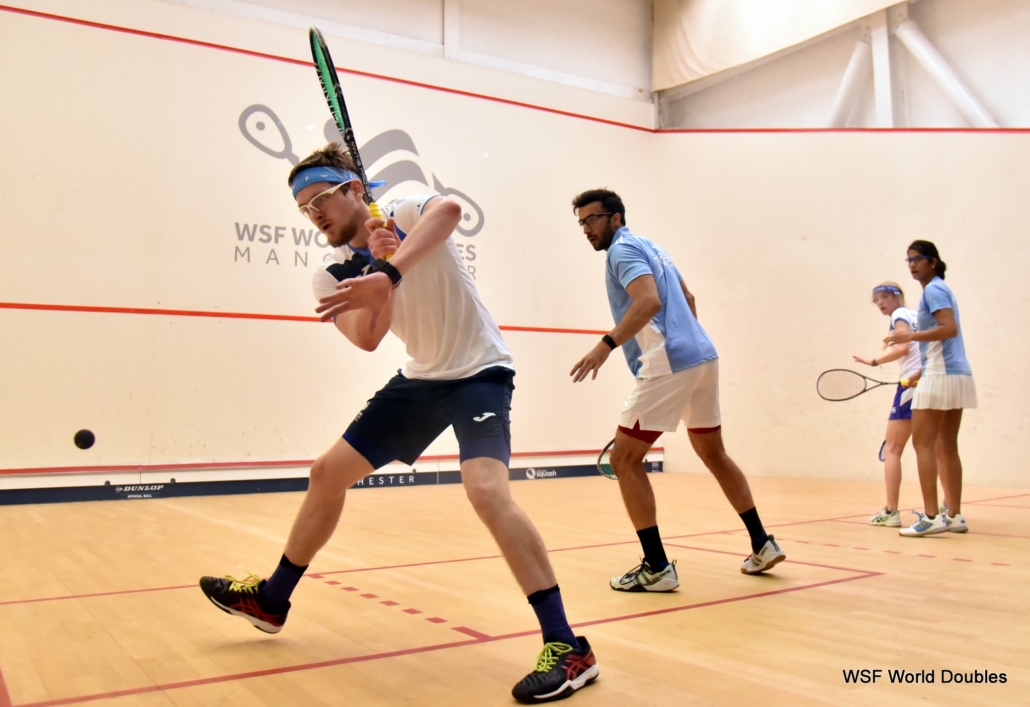 “We have a great coaching team with Kevin (Moran) and Kylie (Lindsay) giving us a variety of experience.

“To complement that we believe adding someone who has experience of winning medals as a player or coach can give us that extra dimension. Essentially someone who has been there and done it who can instil even more confidence and belief in the players.

“That’s what we felt was maybe lacking last time around and prevented us getting a medal.” 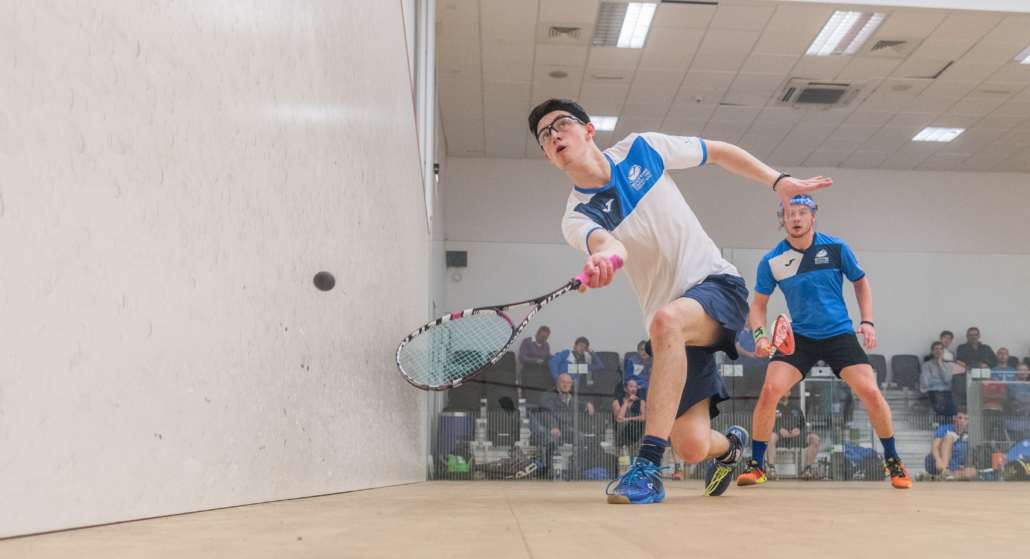 Congratulations to Mary McClung who has been named the official CGS squash Team Manager for the 2022 Commonwealth Games. More details here.