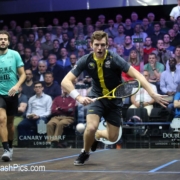 Scotland’s Greg Lobban returned to competitive action at the Manchester Open this month following his best ever season on the PSA World Tour.

The 28-year old finished a curtailed 2019/20 campaign playing at the Canary Wharf Classic in March where, fittingly, he reached his first PSA Gold quarter-final.

His success saw him finish the season at a career-high world ranking of 21 and he was rewarded by picking up the Senior Player of the Year gong at the Scottish Squash Annual Awards online ceremony on September 13. 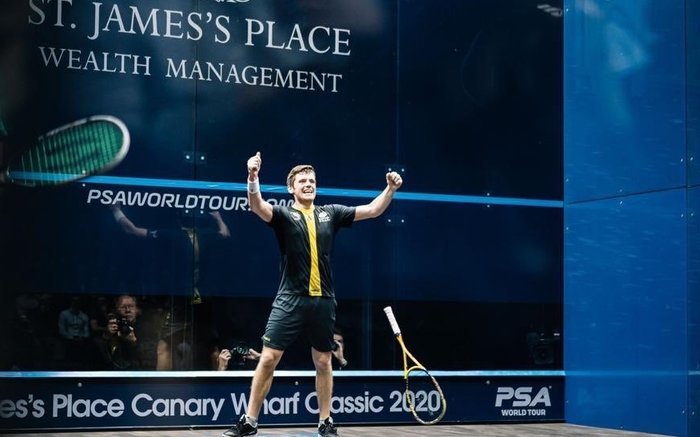 He reached the second round of the Manchester Open beating Richie Fallows before bowing out against eighth seed Joel Makin.

It was the first PSA World Tour event in six months after the suspension of squash in March due to COVID-19.

Lobban said: “It was great to be back competing and all credit to the PSA for getting the tour up and running again.

“The strangest thing was playing in a PSA match without a crowd but we had been preparing for that over a number of weeks so I felt pretty relaxed on court.

“We all need to be adaptable at this time and the PSA did an extremely good job in terms of organising the tournament in a safe manner with protocols in place.

“It would’ve been easy for the PSA to turn around and say it’s too hard to organise and just look towards resuming the tour next year. 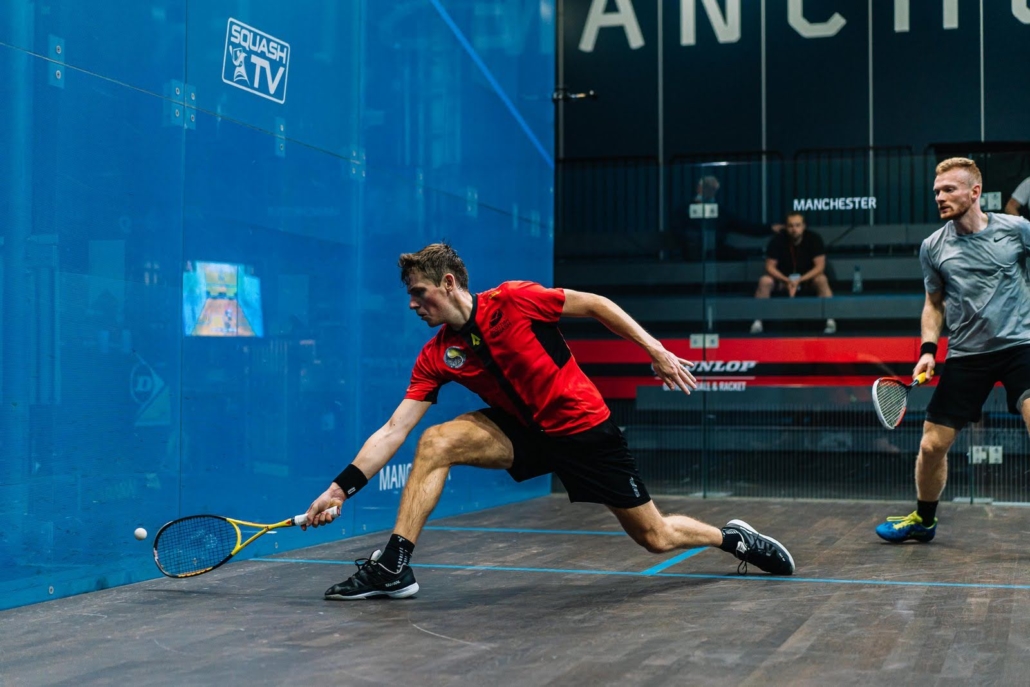 “So I’m very grateful and for all the top professionals we are in a privileged position at the moment to have tournaments scheduled and something to aim for in our training.

“Hopefully we gradually see further events being brought back on to the squash calendar for the other professionals.”

He continued: “I was reasonably content with how I performed in Manchester.

“I played well in my first match and there were positives to take from the second match.

“I’m pretty happy with where my game is at just now and I’ll put in a solid block of training ahead of next month’s Egyptian Open.

“The plan is to have some spectators there and it would be nice to have a bit of noise in the arena.

“When you feel your game is in a good place you’re excited about going on court so I’m looking forward to it.” 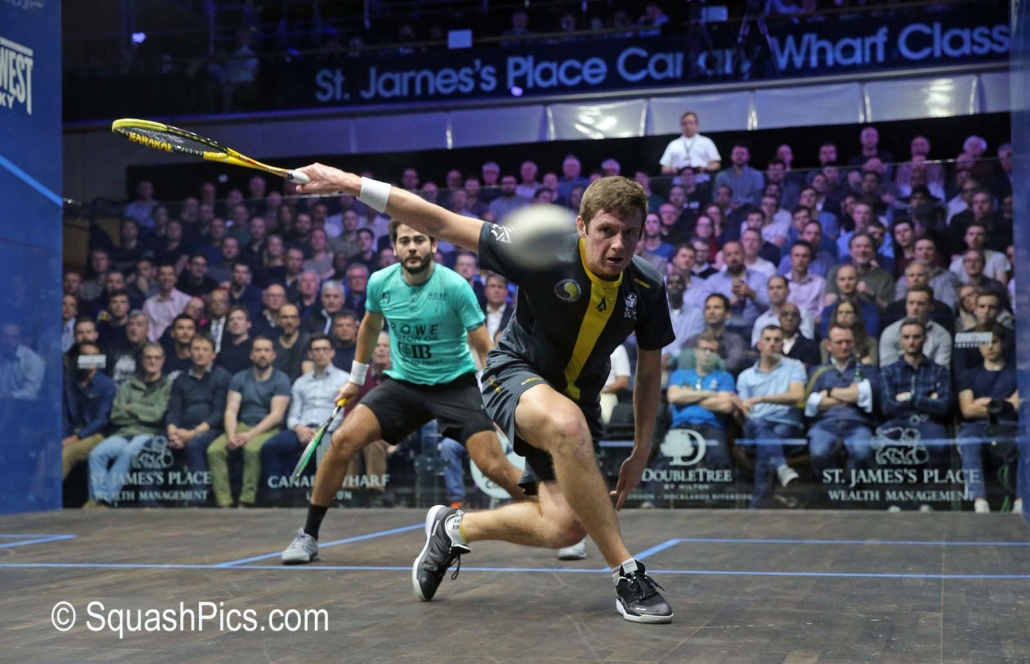 Last season saw the Highlander jump 10 places in the world rankings to finish at 21 after spending more than two years hovering around the 30 mark.

It’s notoriously hard to push towards being one of best 20 players in the world and Greg’s proud that he now stands on the precipice of another significant milestone.

He said: “It’s very tough to move even 10 places and although everyone would prefer to be top 10 or top 5, I feel it’s a big achievement for myself.

“I’ve been around a while so appreciate how difficult it is to make those ranking jumps.

“Starting out in my career I was never one of top juniors and some of the players I’m above now were significantly better than me when I was 18.

“So to be talking about being close to breaking into the top 20 is exciting for me and I’m pretty proud of last season. 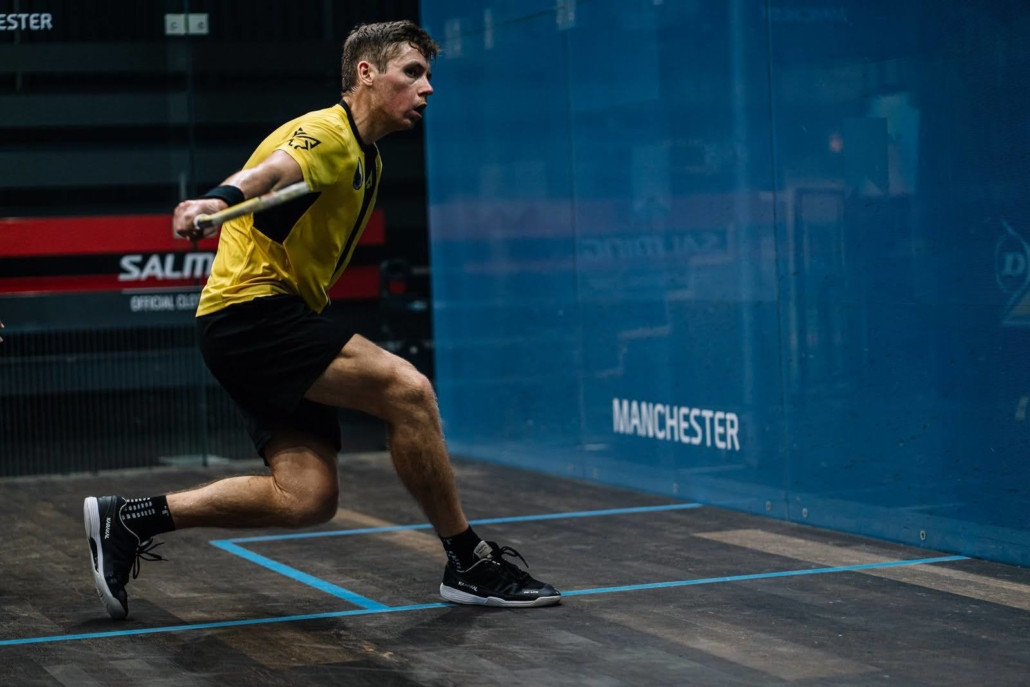 “It ended positively at Canary Wharf and hopefully I can use some of that momentum going forward.”

Scotland’s number one male pinpoints a change in his mental approach to matches as a key ingredient for his recent success.

It was something he worked on throughout last season and he used the enforced six month break due to COVID-19 to further improve that side of his game.

Greg admitted: “One of my weaknesses on court since I turned professional was getting distracted during a match and focusing on too many external things.

“I think admitting all that out loud to my mental coach (Jeffrey Webster) was significant.

“We talked through what my morals were as a player and a human. And some of my morals as a human I now take on to a squash court.

“I wanted to be true to myself out there and that’s given me better results.

“Now I think the mental side of my game is becoming more of a strength rather than a weakness. I’m more focused and comfortable on court and hopefully I can carry that into future matches.”

Find out what Greg got up to during lockdown in our Day in the Life of a Squash Couple feature, here.

Images by Steve Cubbins and squashpics.com.