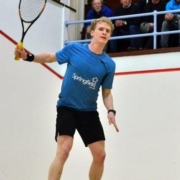 Scottish Squash have today (Tuesday 5th March) confirmed 6 wild card and invitee competitors who will compete in the 2019 Springfield Scottish Squash Open that takes place at Oriam, Heriot-Watt University from 3rd – 7th April 2019. The $20,000 Professional Squash Association (PSA) tour event will allow male and female competitors to compete for equal prize money. It is the first time the competition returns to Scotland for 18 years.

In the men’s championship, Rory Stewart and Chris Leiper will compete in the competition as Scotland’s two wild card selections. Fergus Richards will also join them in the main draw as the events’ invitee player.

In addition to the 3 athletes, Scotland’s national champion, Alan Clyne, will also compete having qualified automatically to the competition. Clyne comes into the competition as number 1 seed.

A strong Scottish contingent will compete in the women’s championship with a total of 5 Scottish athletes. Scotland have confirmed Katriona Allen as the event wild card while Carrie Hallam and Lucy Murchie, Scotland’s under 17 national champion, will compete as the invitees.

Stay tuned as we confirm further competitors and bring you exclusive interviews with the Scottish players ahead of the event getting underway.

Make sure you purchase your tickets today to be part of the first Scottish Open for 18 years and support the Scottish athletes on their campaign to lift the 2019 Springfield Scottish Squash Open titles. Tickets can be purchased from the official ticketing store iSPORTstore by clicking here.