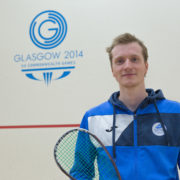 Giffnock squash player Stuart George has targeted a return to the professional tour in November after being struck down by a mystery illness on the eve of his Scotland debut earlier this year.

In April, the 26-year-old was set to don Scotland colours at the European Team Championships in Finland before a viral infection the day before his opening match.

It led to George being out of action for the rest of the season but he did make a tentative return to court at the Scottish Doubles Championships at Scotstoun Leisure Centre in July where he reached the semi-finals alongside Perth’s Rory Stewart. 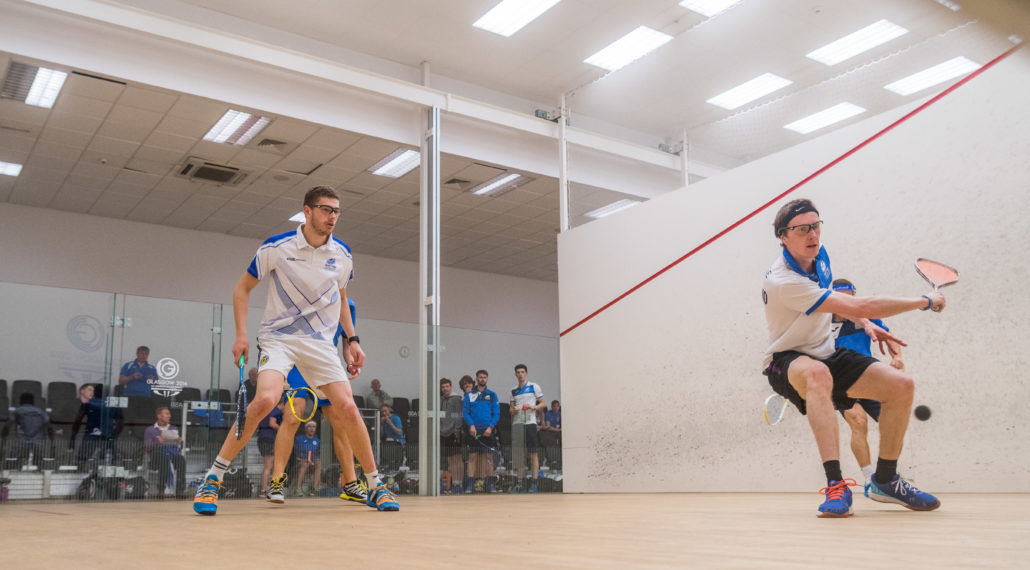 Now on the mend and having been given the all clear that his gastro-related illness is not a long term problem, he will play some more domestic events before easing himself back into PSA tour action at the $10k Imet Open in Bratislava, Slovakia, in November.

“I was due to play at the European Team Championships on the Saturday but picked up an infection the day before,” George said as he reflected on a frustrating few months.

“Since then I was ill for more than two and half months and I had several procedures to try and find out what was wrong with me.

“I lost a stone in weight and was unable to eat properly but after my latest medical check-up, the doctor was convinced there were no serious issues.”

He continued: “My goal last season was to make the European team which I did and it was just bad luck being struck down on the eve of my first match.

“But the whole experience, being part of the team out in Finland, was fantastic. 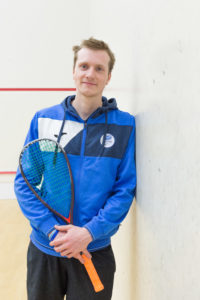 “It’s completely different from competing on the PSA Tour but just being part of the team was probably my favourite squash experience to date.

“Having a taste of it certainly makes me determined to make the team again in the future.”

Whilst desperate to get back competing again on tour, George, who lives in Shawlands and competes out of Giffnock Tennis Squash & Hockey Club, is content to play the waiting game.

He reached the semi-finals of an event in Inverness recently and will continue to train at Scottish Squash’s training base at the Oriam Performance Centre and compete in other domestic tournaments.

Last season he made an impressive run to the last 16 of the Imet Open and he’s hoping these good memories can kick-start his season on tour when he returns to the Slovak capital.

He said: “”Scottish Squash have set me up with a programme and we have agreed that I shouldn’t come back too early.

“It will be a slow process but I don’t want to risk injury or illness by rushing things.

“I have no points to defend until Bratislava anyway which is a positive and hopefully I can return to where I was form wise.

“I was competing against some of the top players and the next step is all about being consistent.

“I’m 26 which is slightly older than some players but I feel like a young 26 because I only took up the sport when I was 17 when I switched from tennis to squash up at the club in Giffnock.

“I love the sport and that makes me extra determined to return to the tour.”