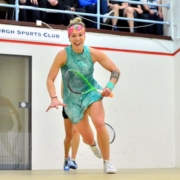 Squash ace Lisa Aitken feels in good shape ahead of a return to action this week following the enforced six-month lay-off.

The PSA World Tour is back in the sporting calendar having been suspended in March due to COVID-19.

Some of the world’s top male and female players line-up at the Manchester Open which starts on Wednesday, September 16.

Lisa’s joined in Manchester by fellow Scots Alan Clyne and Greg Lobban who are in the men’s draw. 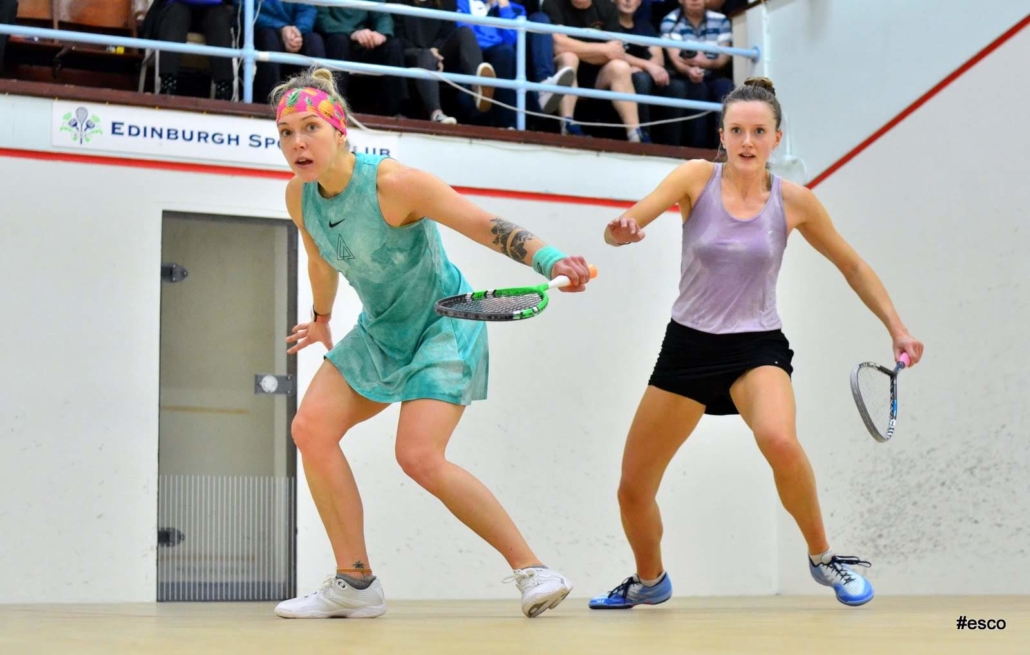 She takes on England’s world number five Sarah-Jane Perry on Thursday, one of the players she has been training with in Birmingham over the past few weeks.

The temporary move south has worked out well on all fronts with Lisa able to move in with her girlfriend, Scotland football captain Rachel Corsie, who’s currently on loan at Birmingham City.

She said: “It made sense to come down here before the Manchester Open and both Rachel and I have got stuck into our respective training.

“I’ve been practicing with the likes of Sarah-Jane, Emily Whitlock and Millie Tomlinson which means three or four matches a week against top class players.

“So it’s been a really good training environment and actually ideal preparation for me. I feel in good shape and I’m playing well in practice.” 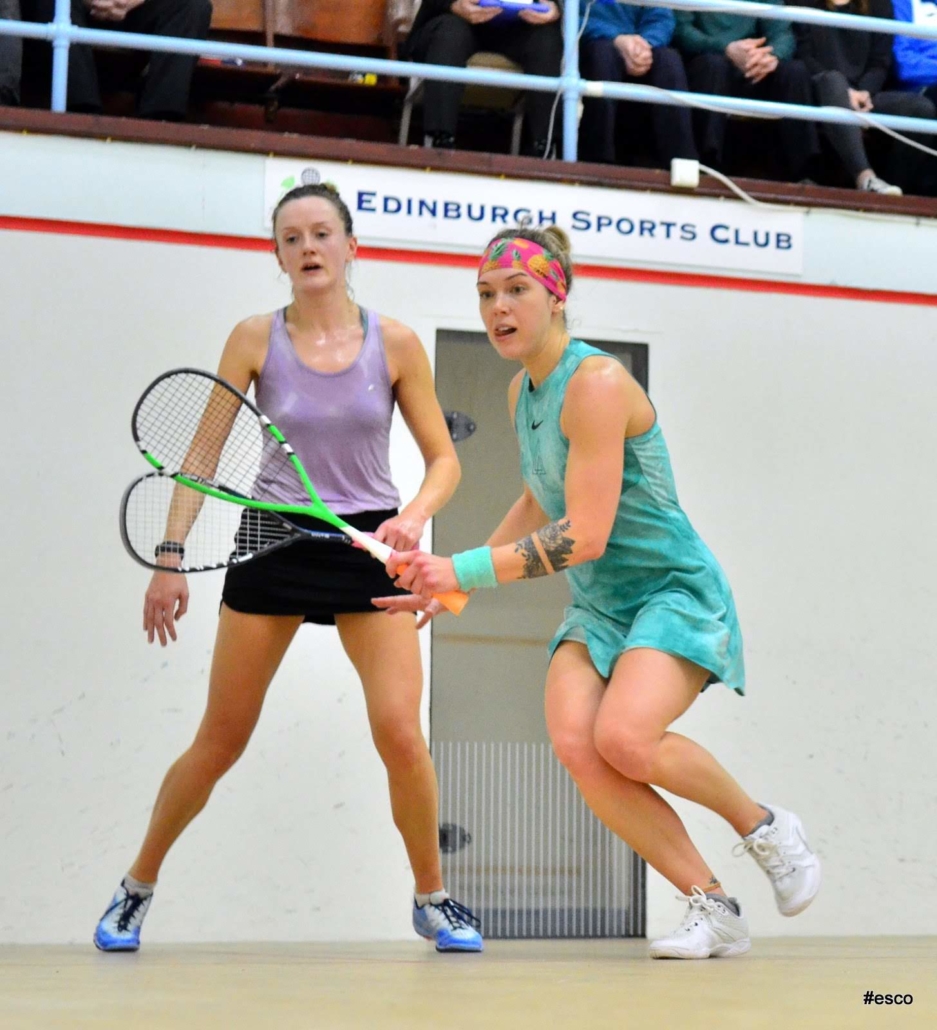 She continued: “They increased the draw to 32 players which allowed me to get into this tournament.

“So competing in the first event back feels like a bonus and I’ll get the opportunity to play competitively against top 10 players which is what it’s all about for me.”

Despite being off court for so long, Lisa has spent the time away wisely and like a lot of players feels fresh and re-invigorated.

She spent most of lockdown at the family home in Montrose before initially returning to solo training at Oriam, the home of Scottish Squash, in Edinburgh.

The world number 41 added: “The time away from court during lockdown allowed me to stop and reflect on my game and what’s been amazing is how I’ve been able put into practice all my visualisation training.

“I would speak or meet my coaches two or three times a week, watching matches back, discussing and visualising how I want to play on court. 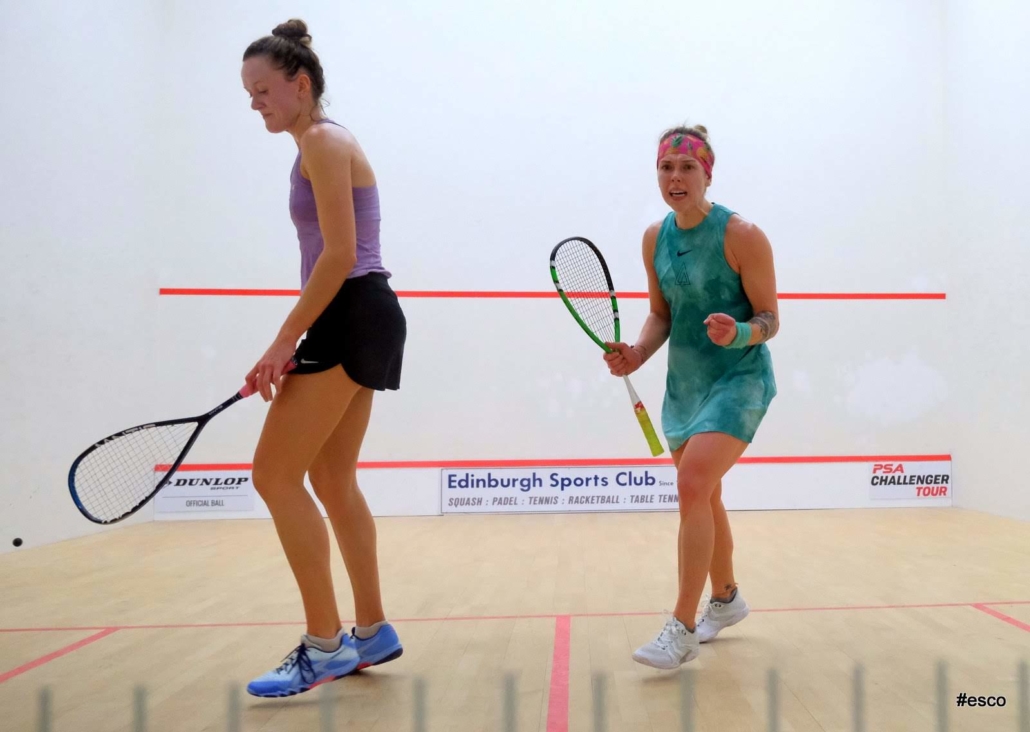 “Seeing how easily I’ve now translated that into match practice has been so surprising and shows how much of this sport starts in the head.”

Scotland’s number one female moves into the tournament hotel in Manchester today (Monday, September 14) and, along with all competitors, is required to provide a negative COVID-19 test, isolate, before then entering the event bubble later in the week.

“Everyone is just really excited to be back competing again,” Lisa admitted.

“You definitely miss testing yourself in these tournaments and maybe at times it’s taken for granted that we’re doing the thing we love. 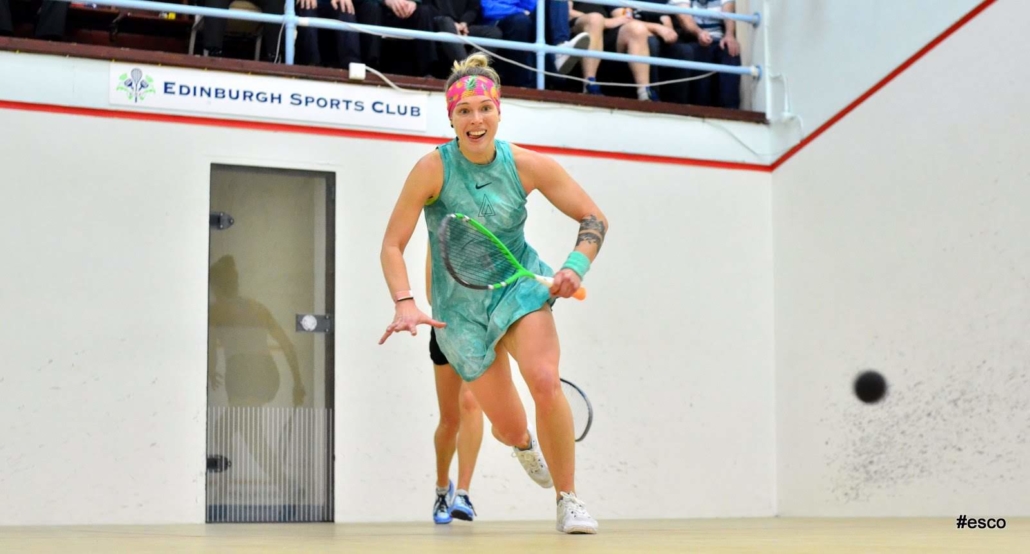 “Yes it’s a job but it’s mainly a passion and sometimes you can lose sight of that.

“The COVID-19 tournament protocols are very diligent and I’m comfortable with all the new guidelines in Manchester.

“It feels very safe and the same procedures will be in place for the Egyptian Open next month which, all being well, I also plan to compete in.”

Action from the Manchester Open will be shown live on SQUASHTV (rest of world), Eurosport Player (Europe only) and Facebook.