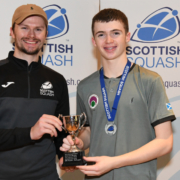 Squash ace Kyle Penman says hard work and his ‘shock’ win at the 2019 Welsh Junior Open led to him having his best ever season.

Kyle also picked up a number of titles on the domestic circuit and his achievements in his breakthrough season were recognised last month when he was named the 2019/20 Scottish Squash Junior Player of the Year.

“Winning in Wales was a big achievement for me in my first tournament of last season,” he reflected.

“That came as a shock to be honest because I was up against some players I hadn’t beaten before or even taken a game off. 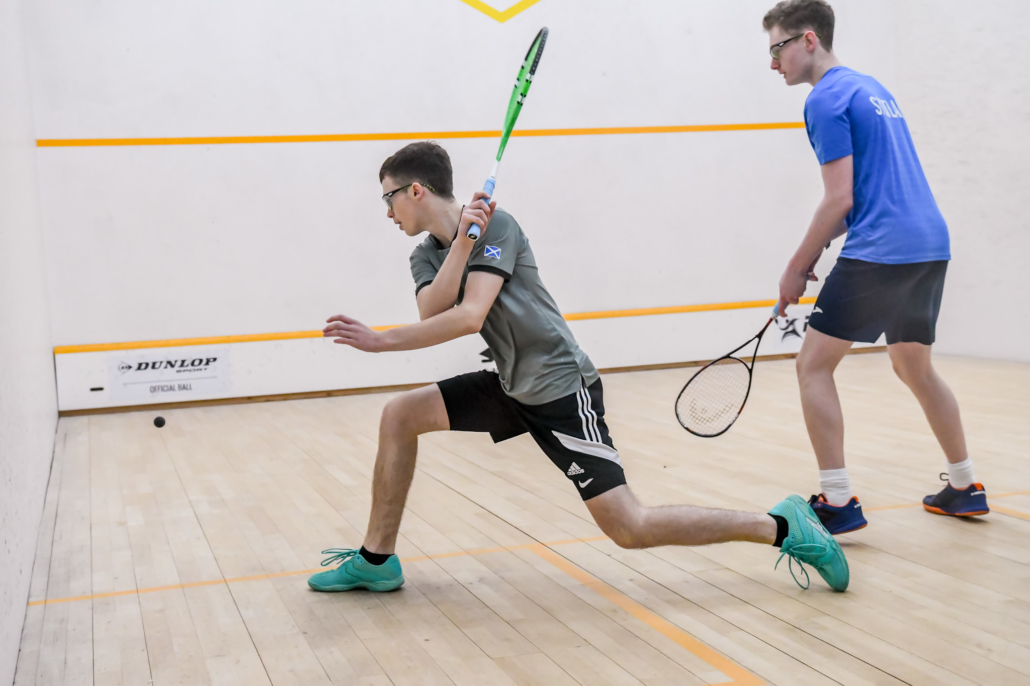 “So to go down to Wales and beat them all was unexpected and gave me a lot of confidence.

“Winning the doubles title in December was nice but I would say the highlight of my season was the Scottish Junior National wins in early February.

“The under-15s event was my priority but I came away winning that and the under-17s title.

“I played eight matches over the weekend and it was very tough on my body.

“It took quite a while to recover from but I was delighted with my efforts.”

He continued: “Summer training at Bridge of Allan Sports Club with my coach Jane Martin and fitness instructor John Kerr was very intense but it gave me a boost heading into the 2019/20 season. 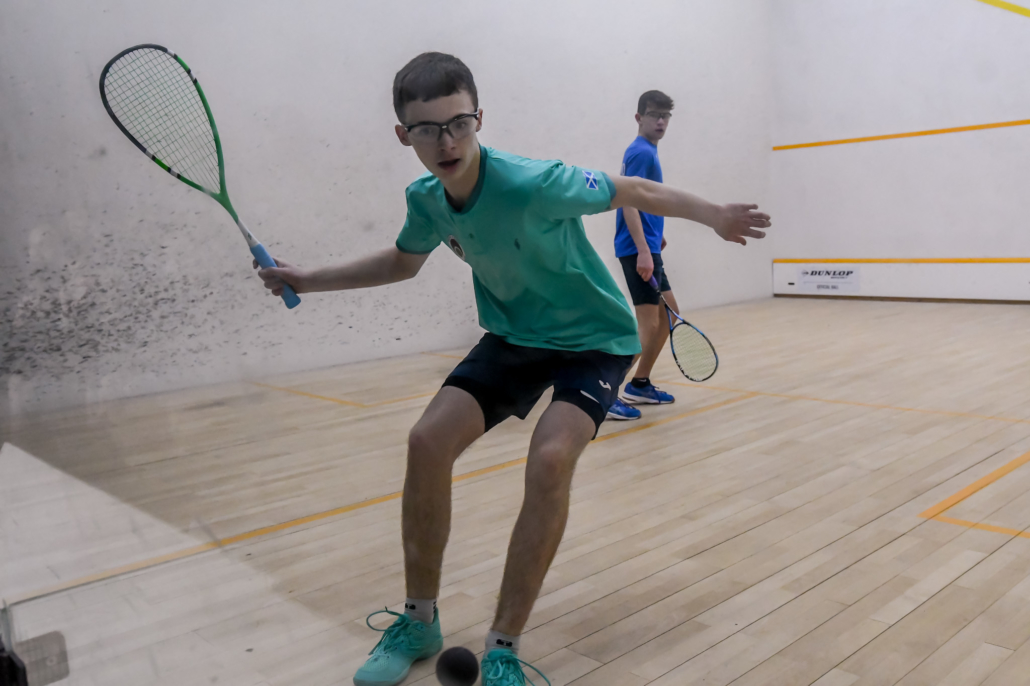 “I was constantly hitting during the week, once or twice a day, and that definitely played a big part in my success.”

Kyle’s last tournament of the season was the Sterling Trucks Scottish Senior Nationals in March before lockdown.

And whilst he was disappointed not to continue on with his trophy-laden campaign, the Wallace High School pupil again used the off-season wisely.

The fourth-year pupil also did some fitness work in his back garden and took up jogging.

He added: “Training was not the same as being on court but jogging has turned into a new hobby which will help my endurance levels. 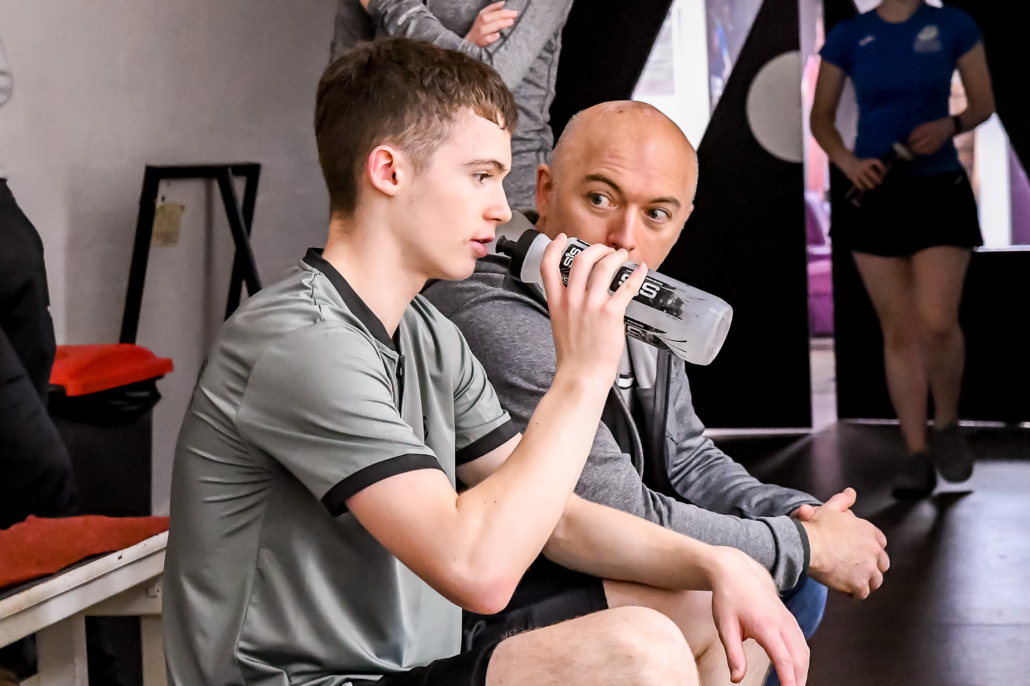 “That’s something I’ll continue to do and I was able to work on my physical fitness in the garden which will be beneficial.

“It was also nice to stay connected online with my coaches as well as the Scottish players I compete against.

“So there’s been a mix of activity which hopefully helps my squash in the long term.”

The 15-year-old returned to court at Bridge of Allan Sports Club in early September with Jane Martin coaching from the balcony.

Kyle has also returned to school and whilst admitting things still seem strange in the current climate, he’s trying to keep everything as normal as he can.

“You just have to keep going and adapt to things,” he admitted. 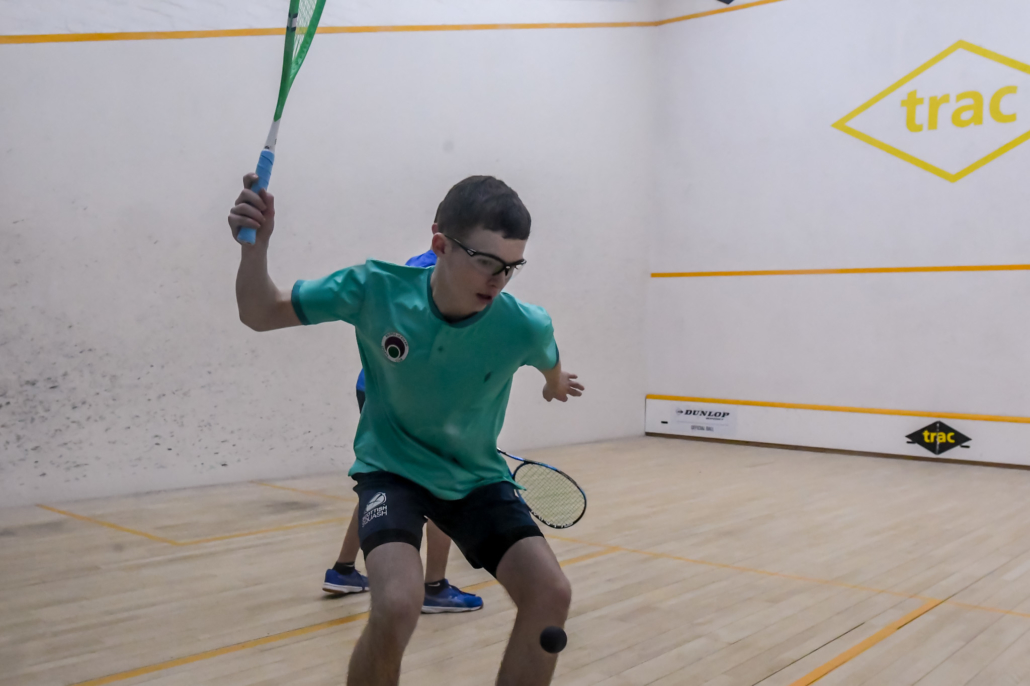 “It’s good seeing friends at school and being back on court has been brilliant.

“I hadn’t hit a ball in six months and I think I smacked my racket off the floor about 30 times in my first session!

“But my game’s slowly returning and whilst setting a target for next season is hard for now, when we get back competing I just want to enjoy it and try to continue where I left off.”