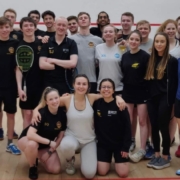 Glasgow University Squash Club has become a double award winning club after putting fun and inclusivity at the heart of their strategy.

The student body was named Scottish Squash Club of the Year in September having already fought off stiff competition from more high profile sports to win the Glasgow University Sports Association (GUSA) Club of the Year 2019/20 award.

It was the culmination of more than five years hard graft by a number of members and volunteers who have transformed the club by reaching out to both students and the wider community.

“About five years ago the club was quite small,” current captain Andrew Chrumka says.

“It really just consisted of a few friends who were interested in squash.

“But the captain back then was determined to focus on the social side of things as opposed to being purely performance driven. 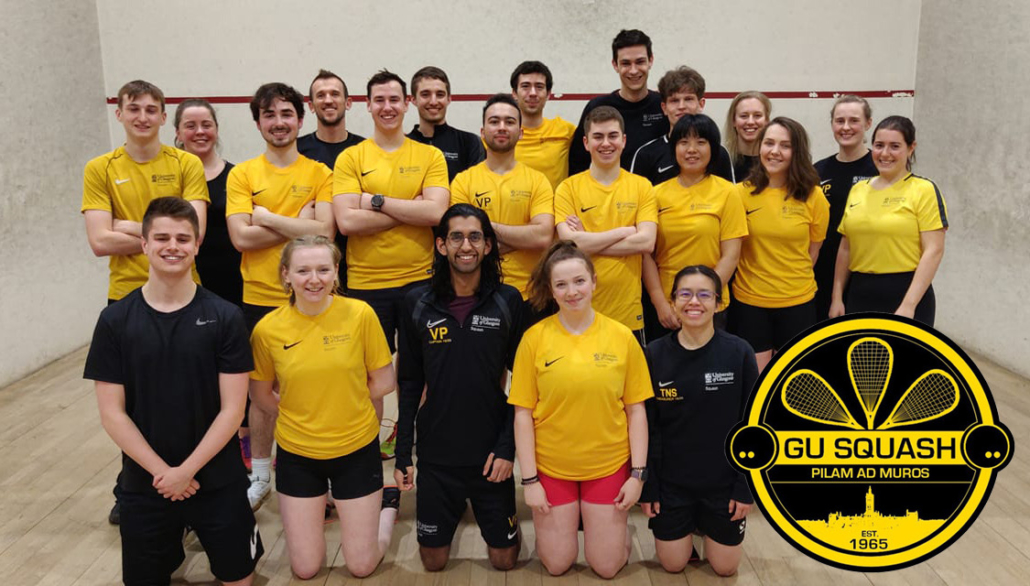 “It was the best way to attract new members. If they could have fun and enjoy things off court then before long they would fall in love with squash.

“A lot of University clubs are known for putting focus on their teams and the social side only comes from being part that.

“But for Glasgow Uni Squash Club it’s much more than that. Yes we enjoy competing but the majority of our new members now have never played squash before. They just want to have fun and make friends through the sport.”

The new approach has worked.

This year the Karakal-sponsored club broke their membership record for a fourth consecutive year.

As of last week, despite current on-court and social restrictions, they had more than 130 members.

Before COVID-19 struck, their weekly social squash nights regularly attracted close to 30 people of all abilities on to court. 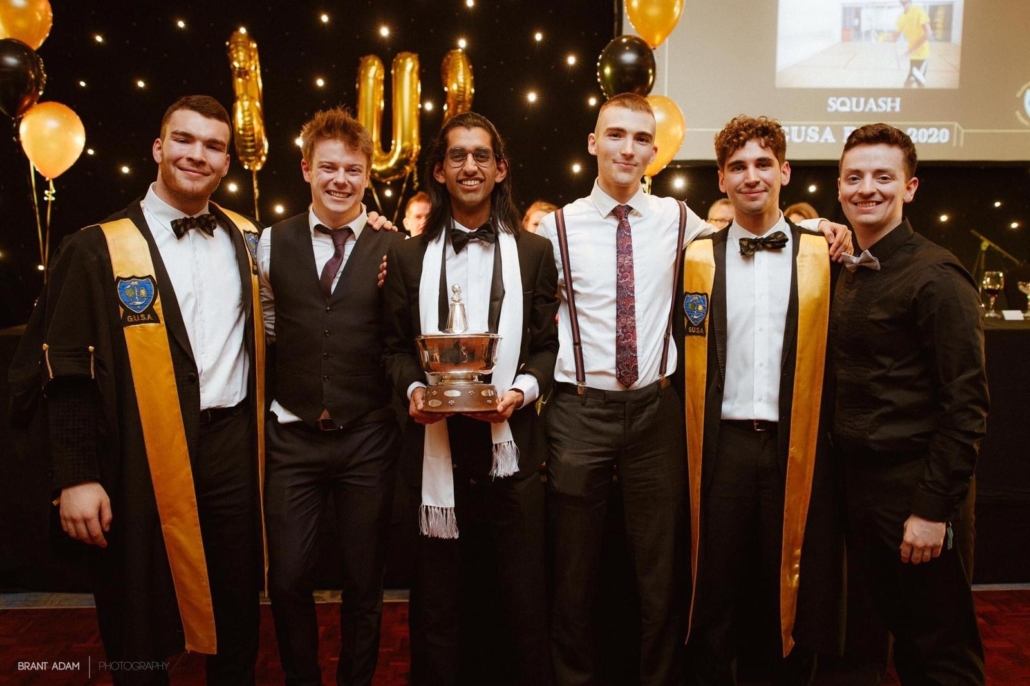 Their ‘inclusive, fun-first,’ philosophy culminated in a record number of entries into the club championships last year, with three grades catering to players of all levels (Beginner/Intermediate/Advanced) as well as a full women’s draw of 16.

Andrew, a third-year Engineering student, continued: “The club made a big push to encourage more women into the sport. We partnered up with SSRC (Scottish Squash Rackets Club) in Maryhill and now run a joint women’s team which is great.

“Our goal next year still remains to try and increase membership upwards of 150.

“We’re not back on court yet but there’s still lots of interest in the club and we managed to attract new members at the recent Sports Fair during Freshers’ Week.

“We can also meet socially distanced at the gym and do socials on Zoom to continue engaging with members.” 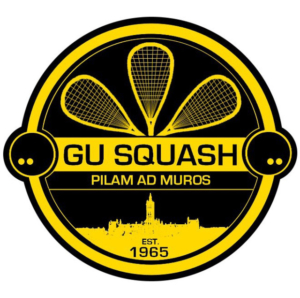 This inspired them to set up a School Outreach Programme in collaboration with Active Schools and Balornock Primary School in Glasgow’s West End.

The objective of the programme was to introduce squash to children who would otherwise not have had the opportunity to try the sport.

Kids received free weekly coaching from club coaches and the programme is expected to be expanded into other schools once restrictions are lifted.

Fundraising initiatives have continued throughout the pandemic with the club raising money for a number of charities including The Trussell Trust which supports a network of food banks across the UK.

They also raised a total of £1,200 for anti-racism charities during a quiz evening aimed at educating people of the realities facing members of BAME communities.

And in recognition of LGBTQ+ history month the club held a Squash the Stigma Rainbow event with members encouraged to come along to social squash dressed in colours of the rainbow. 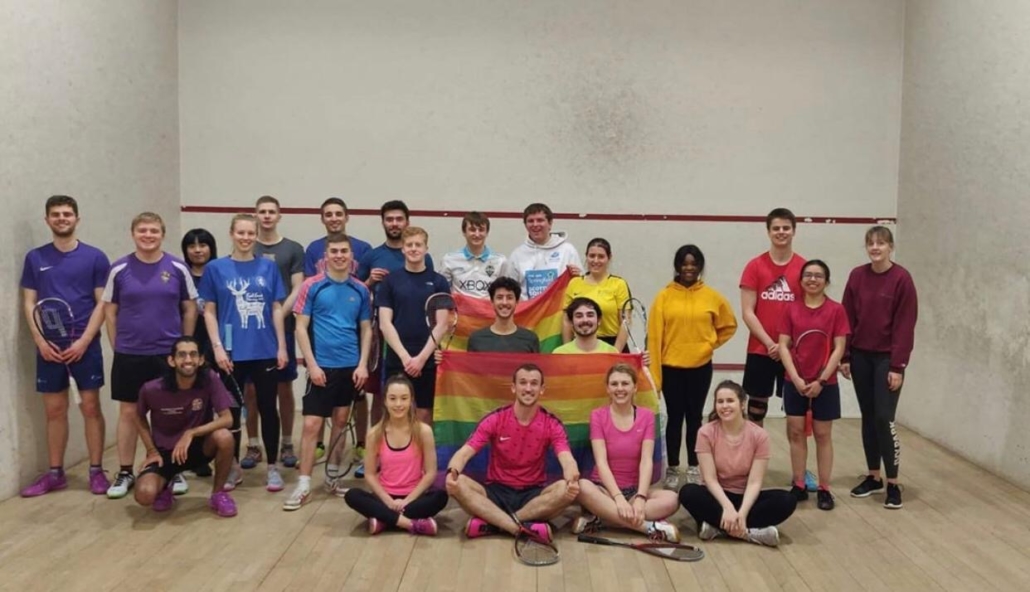 “It’s certainly been a long journey to get to where we are now,” Andrew admits.

“Once we got membership up it allowed the club to establish Outreach Programmes, do all our charity work, as well as increase the number of tournaments for members to compete in.

“There’s obviously a natural turnover of membership at any University club but each Committee captain brings fresh ideas, which has been a key driver of our success.

“To win the two awards this year is recognition of all the work put in by a lot of people.

“Hopefully we can take advantage of this success, continue the rise in membership and participation and make a difference in communities.” 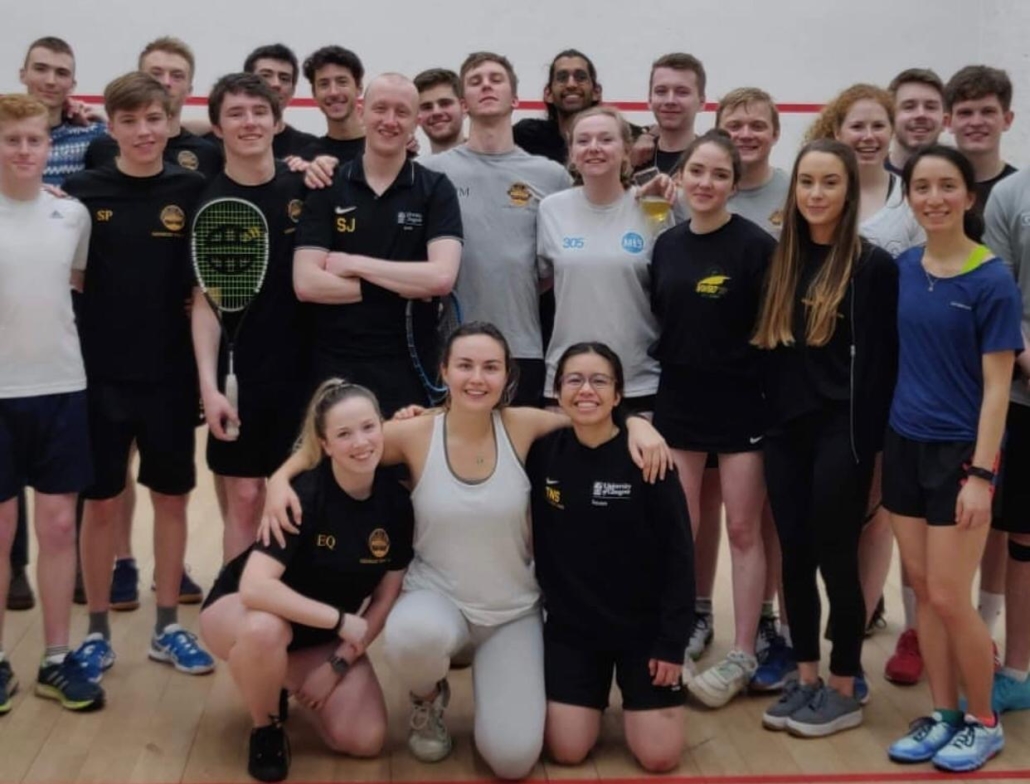