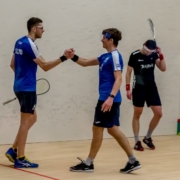 It was standing room only as the squash semi-finals at Scotstoun proved to be a hot ticket in Glasgow this evening.

After a fantastic performance so far, Scotland had three teams in semi-final action, having exceeded expectations in the tournament so far.

The first semi-final featured Greg Lobban and Rory Stewart against the English pair of Daryl Selby and Adrian Waller.

The Scots, cheered on by the sellout home crowd, fought back in the second game. Things were looking promising for Scotland when they pulled away to a 9-5 lead, and they saw it through to win the second game 11-7.

The final game was a thing of squash beauty, as every point won by the Scots was greeted with a roar on and off the court.

As the English players grew more frustrated with the referee, the Scottish duo kept playing their steady game and would eventually find themselves clear in the lead.

The game was ultimately won by, what else other than a trademark Rory Stewart drop shot. That made it 11-5 to Scotland and 2-1 overall.

Lobban and Stewart were thrilled with their victory, and they are now just one game away from being crowned world champions.

Their opponents will be Declan James and James Willstrop who triumphed over the Scots pairing of Douglas Kempsell and Alan Clyne.

This was a game of attrition, with both sides playing highly accurate and consistent shots.

A physical battle of jockeying for position raged throughout the match between Willstrop and Kempsell, and with a few bumps and bangs, this was a tough game for both.

After great performances throughout, Clyne and Kempsell will undoubtedly be pleased with their run to the semi-final.

The final semi-final of the evening featured Greg Lobban and Lisa Aitken against Adrian Waller and Alison Waters.

This game also went the distance, with two teams that could not be separated.

When the Scots came back from 7- down to lead 10-7, things looked promising for the home pair.

A great English fightback levelled the game at 10-10, and the English found the extra point to secure the match and a place in tomorrow’s final.

Aitken and Lobban pulled off one of the shocks of the tournament in the quarter-final, and will consider themselves unlucky to have been beaten.

In the final game played this evening Georgia Adderley and Rory Stewart triumphed 11-7, 10-11, 11-7 against the English duo of Patrick Rooney and Georgina Kennedy.

The championship is being broadcast live on Youtube, the WSF and Scottish Squash Facebook pages and on the Olympic Channel, with BBC iPlayer and SQUASHTV broadcasting tomorrow’s final matches. 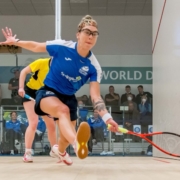 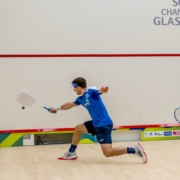 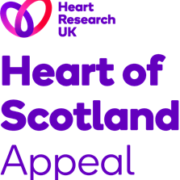 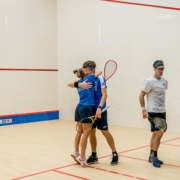 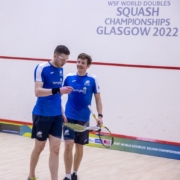 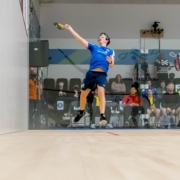 Silver and two bronze medals as Scotland fly high on finals day at World Doubles...
Scroll to top
This website uses cookies to improve your experience. We'll assume you're ok with this, but you can opt-out if you wish.Accept Reject Read More
Privacy & Cookies Policy