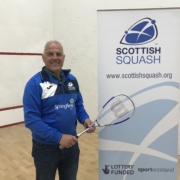 Back then, the Forres teenager was a below average badminton player, an above average footballer and hadn’t set foot on a squash court before.

Playing squash had not even crossed his mind before a chance encounter with a stranger at Forres community centre saw him persuaded on to a court.

It was a moment which David, now 66, admits changed his life.

He recalls: “I was just sitting having a coffee in the community centre when, before you know it, I was running around a squash court!

“A man’s playing partner had failed to turn up and so he was asking around to see if anyone could play squash.

“I told him I had never tried before but probably could. So he got me on court and it took off from there.

“I never looked back. Within five weeks I was playing my first competitive match and even though I lost 27-0 I was hooked on the sport.”

Fast forward to 2020 and David was recently a recipient of a lifetime achievement award from Scottish Squash for services to squash. 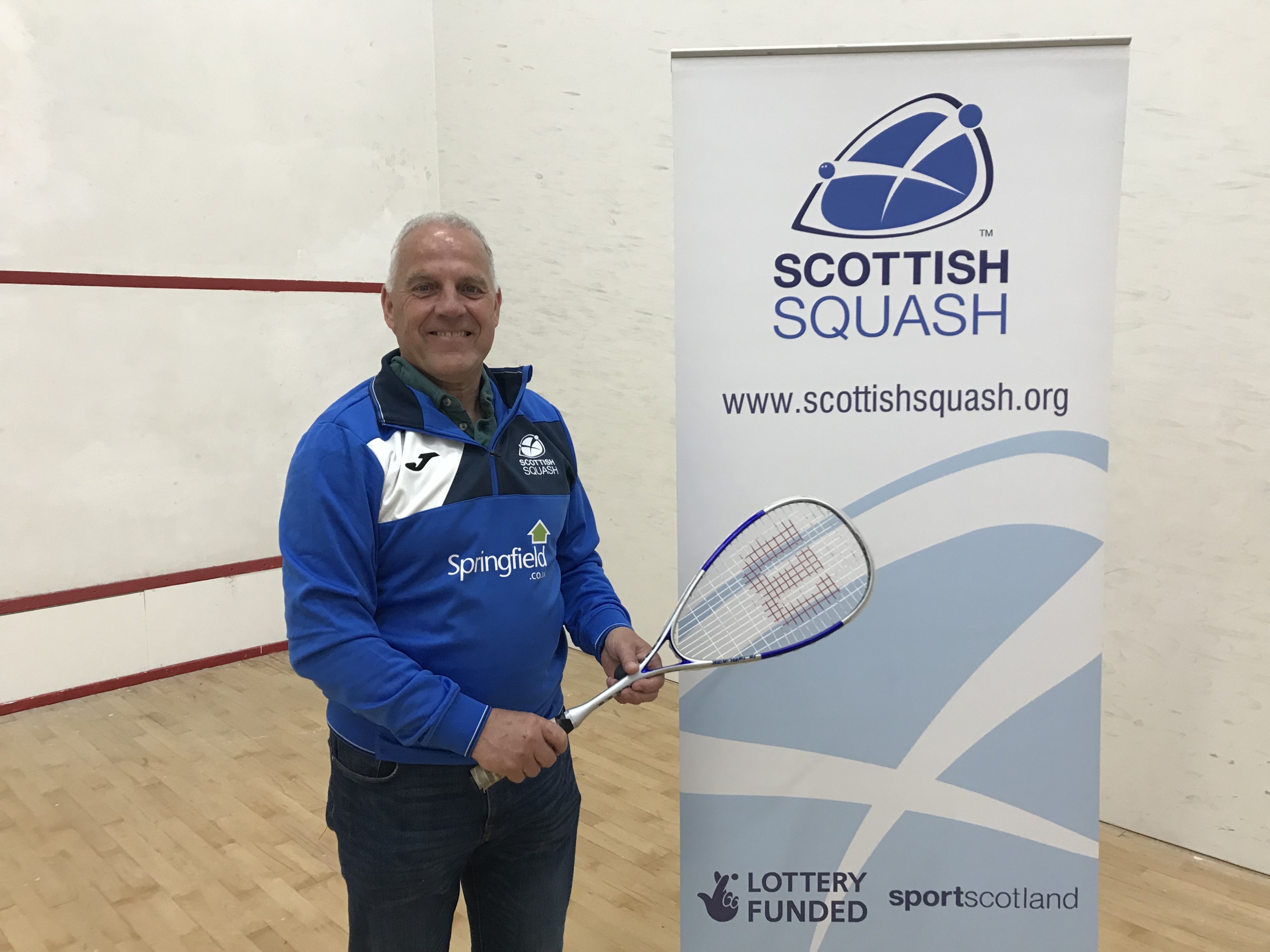 And it’s easy to see why.

Soon after setting foot on a squash court for the first time, he was helping set-up a local squash team, eventually becoming their star performer in the Moray Firth League.

Within three years he was the North of Scotland men’s individual champion, a title he won a further six times and in the 1980s David helped Forres Squash Club qualify for the National Leagues – the first northern club to do so.

Over the years he continued to play squash whilst turning out for Highland League football clubs including Lossiemouth, Caley and Forres Mechanics.

But it’s what he has achieved in helping grow squash in the north of Scotland which he’s most proud of.

He became chairman of the Highland and Islands Squash Association (HISA) at a young age with the ambition to increase squash participation in the region.

This ambition was achieved with the establishment of local squash leagues over the decades for juniors, ladies and men’s teams.

Before COVID-19 struck he was coaching up to 50 primary school kids a week as part of Going for Gold, something he aims to kick-start again soon. 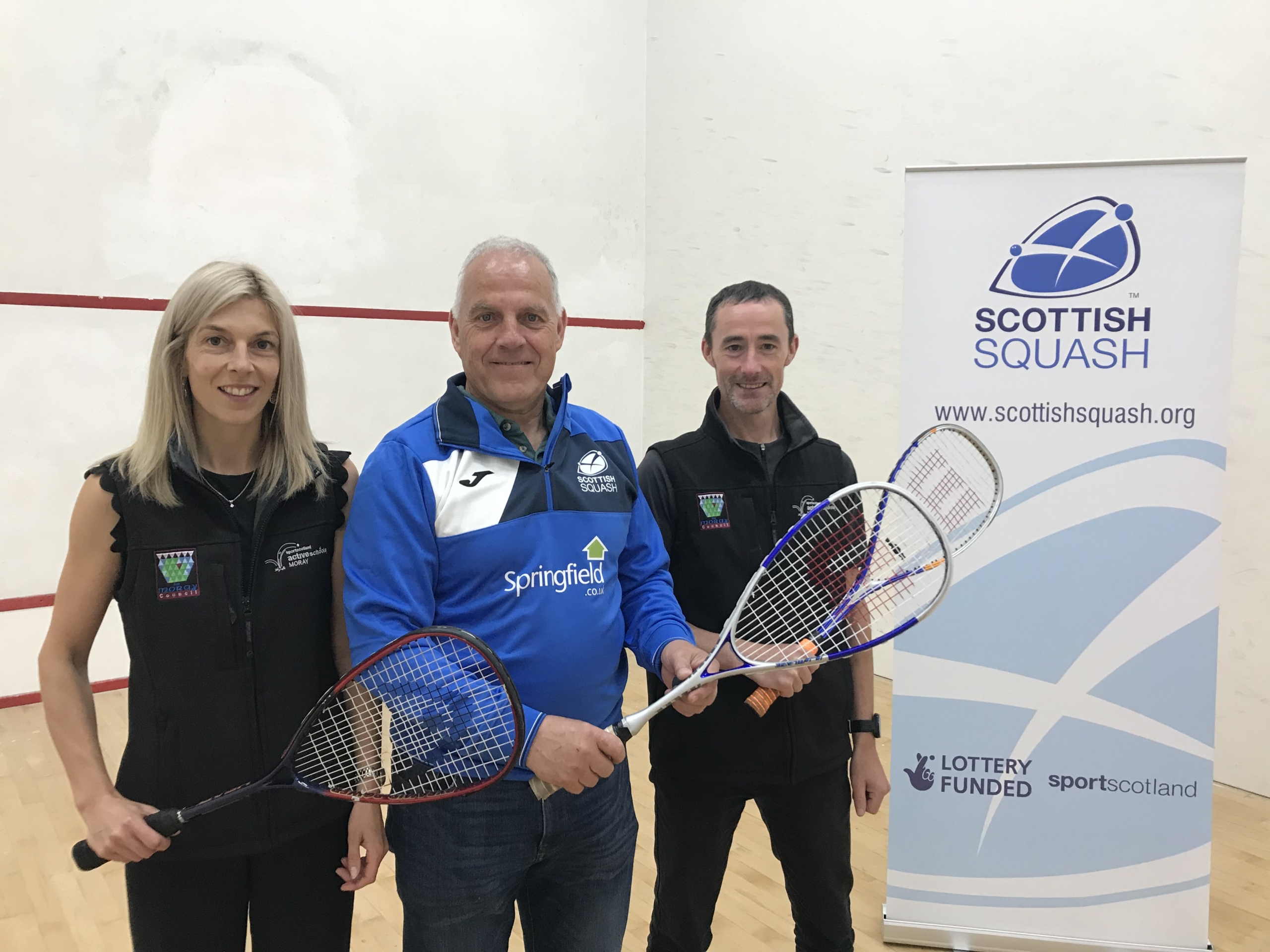 “I used to get on court seven days a week, helping coach and encouraging participation wherever I could in the likes of Elgin, Nairn, Inverness, Kinloss and Forres.

“I just love being involved in the sport and will continue to play and coach as long as I can.

“It’s a big part of my life and I’m extremely grateful to have made so many great friends through squash.”

The HISA honorary president remains a prominent player on the Masters circuit having captained and represented Scotland at various Home International Masters events.

David was due to skipper Scotland’s O65 men’s team at this year’s postponed Home Internationals but has now set his sights on competing at the European Masters Championships, being staged in Edinburgh next June.

The current Forres Squash Club chairman and coach added: “Having the 2021 European Masters in Scotland is a real bonus, especially given the current situation with the pandemic. 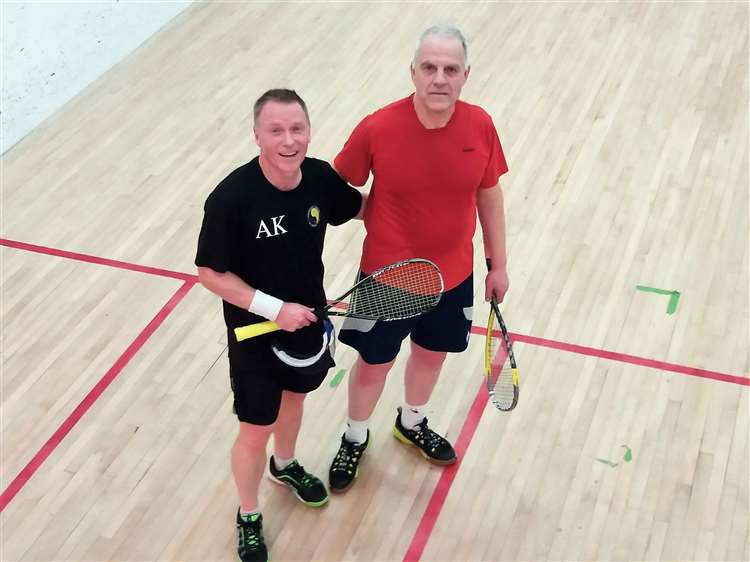 “I’ll set that as a big target in my own training, although I’m more determined to get the kids back on the Going for Gold programme and making up for lost time.”

David was named winner of the Services to Squash lifetime achievement award at the 2020 Scottish Squash Annual Awards evening, held virtually in September.

Club Development update – A challenging year in 2020 and a look ahead to ...
Scroll to top
This website uses cookies to improve your experience. We'll assume you're ok with this, but you can opt-out if you wish.Accept Reject Read More
Privacy & Cookies Policy