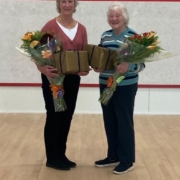 It was an exciting day for squash in Scotland as we celebrated the individuals and clubs that make the sport great with the Annual Awards ceremony following the AGM on Sunday.We were delighted to present these awards to the winners, as nominated by the squash players and supporters from every corner of Scotland.We are sure you will join us in congratulating each of the individuals and clubs for their success, and thanking them for their contribution to the game in 2021/22.

SENIOR PLAYER OF THE YEAR 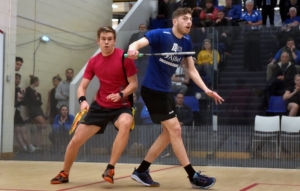 Rory Stewart is the Senior Player of the Year for 2021-22. Rory jumped to an all-time high in the world rankings, winning a number of PSA titles along the way. His silver at the World Doubles Championship in Glasgow was the icing on the cake of a great year. Well done Rory.

MASTERS PLAYER OF THE YEAR 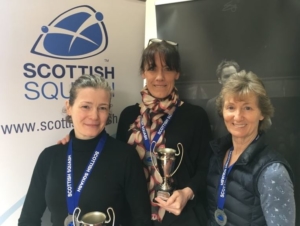 Sabine Mackenzie is the Masters Player of the Year for 2021-22. She captained the over 50s team to victory in the Scottish leg of the Masters Home Internationals, and gives her time generously at her local club where she leads the women’s league team and supports juniors in their development.

JUNIOR PLAYER OF THE YEAR 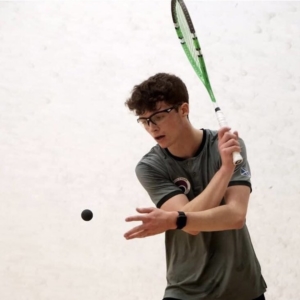 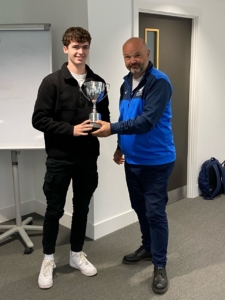 Kyle Penman is the Junior Player of the Year for 2021/22 after another excellent year on court, where he won and placed highly in competitions at home in Scotland and further afield. Just as importantly, he is a great ambassador for the sport of squash and always has time to help and inspire younger players.

REFEREE OF THE YEAR 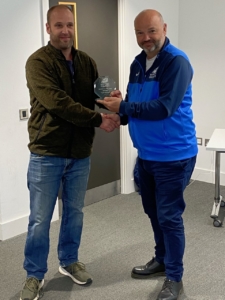 Danny Selway is the Referee of the Year for 2021/22. He is always keen to put himself forward to referee games, and this has not gone unnoticed by the other players at his club. Some even say that the standard of his refereeing has improved! With this award, Danny is no longer an unsung hero. Well done Danny!

CLUB OF THE YEAR 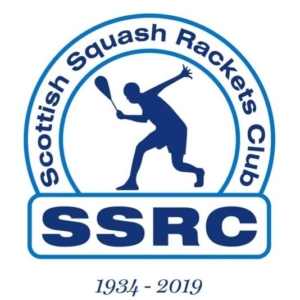 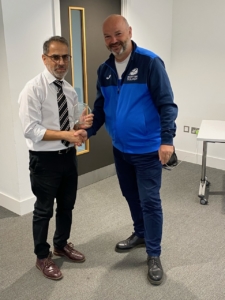 Scottish Squash Rackets Club is the Club of the Year 2021/22. This is a forward thinking club which has grown its membership in spite of the challenges all clubs have faced in recent years. Members that nominated highlighted the welcoming nature of the club, and it was clear from the nominations that the club is improving inwards, while looking outwards to grow the game and strengthen their club.

COACH OF THE YEAR 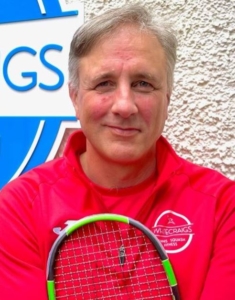 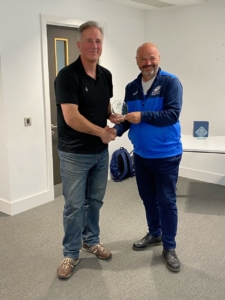 The Coach of the Year 2021/22 is Jason Broadberry. A much-loved coach, who makes a real difference to the players that work with him. Nominations from adult players, junior players and parents show the impact that he has had on the players he has coached. Squash players across the country will happily endorse his favourite quote, “it is always a good day for squash”. 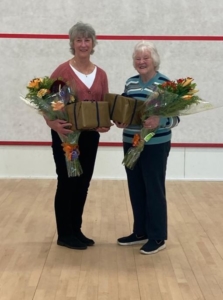 Eileen Morrison (right) is the recipient of this year’s Services to Squash award, recognising her many contributions to the game over the decades.Eileen has been involved in squash in Scotland since the 1980s, and was a much loved coach who gave her students the love of squash for life.She has been a champion of squash, successfully making the case for courts to be included in a new community sports campus.Having recently retired from squash, the time is right to honour the legacy that she has left in over 40 years of involvement in the sport. Based on the nominations received, Eileen’s contribution to the game including the generations of players that she has inspired over the years, provide ample proof that her legacy in squash is worthy of celebration.Thank you Eileen.