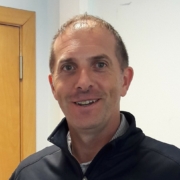 New Scottish Squash President Paul Macari has issued a rallying cry to the squash community in Scotland to work together and help the sport thrive.

Paul was appointed to the position at the Scottish Squash AGM in September, and he hopes to guide the sport on its continued recovery from Covid.

He said: “We want everyone that plays squash to pull together to help the sport recover, and to get momentum going all the way from the start of the pathway to the high-performance athletes.

“We want to create a culture where everyone is working together for the good of the game.”

Paul has spent six years at Cricket Scotland, where he is currently Head of Operations, and has a background in commercial leisure and experience in the third sector, as the current Chair of charity Sporting Start.

One of his first priorities as President is to continue to support the sport’s recovery from Covid, as he is keenly aware of the impact this has had on the game.

Paul said: “I know from speaking to people at clubs around the country, that disruption caused due to the pandemic is still having an impact.

“At some clubs playing numbers are down, and we have lost some people who have retired from the sport, as well as young people that haven’t been introduced to the game.

“We want squash to recover at all levels, from beginners, to thriving clubs, strong leagues, a competitive Masters section and successful tournaments.”

He is also keen to continue to develop close relationships with the regions and clubs, to help grow membership and encourage more people on court.

He said: “We want to work more closely with our clubs, to support them to raise their profile within their community, utilise underused courts and build links with local schools.

“We need to think about how we make the most of the facilities which are out there to get more people playing.” 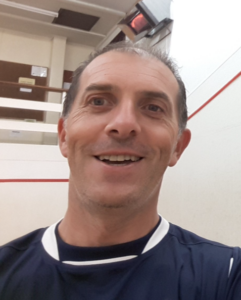 By making progress in these areas, Paul hopes to see further success for high-performance players at the top of the game.

He said: “Medal success is a by-product of us getting the pathway correct, and putting the work in at all levels, so that in 10 or 20 years we will continue to see success on the international stage.”

Paul takes over from Mark Adderley, whose tenure ended on a high note with medal success at the Commonwealth Games, and a recent nomination for National Sports Governing Body of the Year from sportscotland.

With just under 60 sports governing bodies in Scotland, Paul points to this nomination as proof of the excellent work done by his predecessor.

He added: “These are definitely big boots to fill, Mark not only steered the ship but he strengthened the sport in his time in charge.

“It’s a credit to Mark, but also Maggie (Still) and the whole Scottish Squash team for all their efforts.”

Paul is no stranger to squash in Scotland, having first picked up a racket during a PE lesson at primary school.

He played his first East league match in 1985 – and has barely put his racket down since.

With three squash playing children, the new President’s love of the sport has been a significant factor in his life as a player and as a parent, and he is keen to give something back to the game he loves.