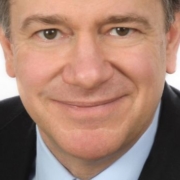 Scottish Squash is delighted to announce the appointment of Marc Hope as a Non-Executive Director to the Board with responsibility for Finance and Commercial.

Marc brings broad and highly relevant experience to the Board having been heavily involved with the commercial side of many of the UK’s leading Olympic and Paralympic sports.

Marc has prolific experience and in-depth understanding of funding national and international sport. He is extremely well connected within the world of sport – governing bodies, teams, major events and brands.

Marc brought in the multi-million-pound Müller deal, first as a Team GB sponsor, then British Athletics’ lead sponsor in what is now an eight-year deal.

He also played a pivotal role driving the sponsorship programme for four years through to the Glasgow 2014 Commonwealth Games and is ideally placed to drive maximum value and benefit to Scottish Squash’s build-up to Birmingham 2022.

After five years at The Sports Consultancy, Marc has recently started his own consultancy, working with both premium sports properties and blue chip agencies.

Marc has previous strong governing body board experience with GB Taekwondo in the build-up to and through London 2012.

He also served for many years as a board member and latterly Vice Chair of London Youth Games, also bringing in their title sponsors. He is proud to have been very engaged on the diversity, equality and inclusion drive.

Marc is appointed to his role at Scottish Squash following an open recruitment process and will Chair the Finance Committee.

He said: “I am delighted to be joining the Board of Scottish Squash. I relish the opportunity to immerse myself in a new sport, including as an Ambassador for Scottish Squash to new sponsors, stakeholders and the public.

“I know key stakeholders – sportscotland, the Scottish Institute of Sport, UK Sport, and the Scottish Government/MSP’s – well and I’m keen to further develop these relationships for the benefit of Scottish Squash.”

Commenting on the appointment, Mark Adderley, Chair of Scottish Squash said: “I am delighted to welcome Marc on to the Board of Scottish Squash. In recruiting the position, we were clear we wanted a candidate with a balance of strong financial experience and a track record of driving commercial investment into sport.

“Marc brings all of this to the table and we are looking forward to working with him and benefiting from his experience, commercial acumen and passion for sport during this bright new future for Scottish Squash.”

Marc grew up in Scotland and several members of his immediate family still live and work in Scotland. He has been leading on sponsorship raising on Glasgow City Council’s major event programme – both the European Athletics and European Swimming Championships in 2019 – and currently on the 2020 World Men’s Curling Championships being staged at Glasgow’s Emirates Arena from March 28 to April 5.

Marc is also working on the Etape Caledonia 2020 cycling event being held in The Highlands in May and the Stirling Scottish Marathon weekend in October.