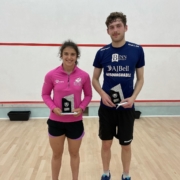 Scottish Squash Director of Squash Paul Bell was full of praise for Georgia Adderley and Rory Stewart after they both won PSA Tour titles last weekend.

The Scots pair were victorious at the City of Peterborough Squash & Racketball Club Open on Sunday (July 4), beating English opponents in their respective finals.

For Georgia, seeded three, it was a first appearance in a PSA Tour final and she secured her maiden title beating number two seed Alicia Mead. It followed wins over Polly Clark in round one and Scottish teammate Katriona Allen in the quarter-finals, before an impressive last four victory against Elise Lazarus, above, who had already beaten top seed Anna Kimberley.

“Winning PSA titles are special and I’m really pleased for her,” Paul said.

“The number of titles you have won on tour is often how players are judged and it’s not an easy thing to do.

“I think her semi-final win was the big one, against someone who is the same age and a real talent who’s had issues with injury in the past. 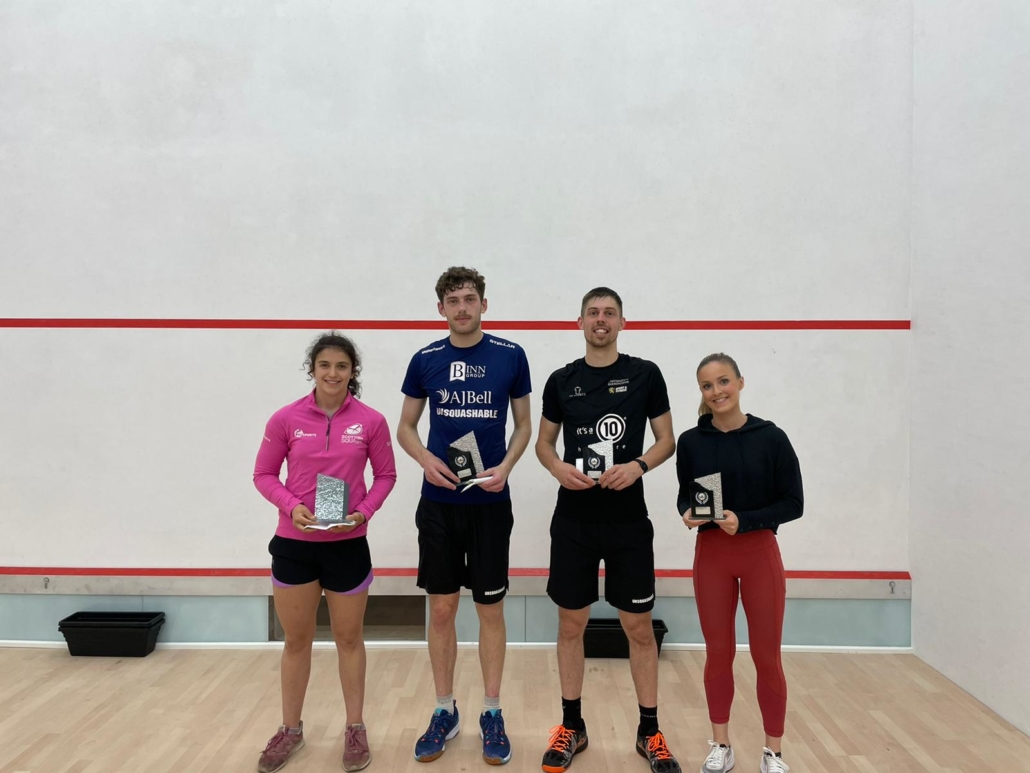 “For Georgia to get this title at a relatively young age will give her the belief to push on for further success.”

He continued: “She has always been capable of pulling off a shock result and beating top opponents.

“But backing it up is the hard part and winning four matches in two days requires experience.

“Over the past 18 months Georgia has developed maturity in her game and we are seeing the fruits of that labor.”

In a highly competitive men’s draw, top seed Rory Stewart (WR 119) started his campaign in Peterborough with a win over Welshman Owain Taylor.

Victories against Harry Falconer and Tom Walsh, below, followed and he met number four seed Miles Jenkins in the final. 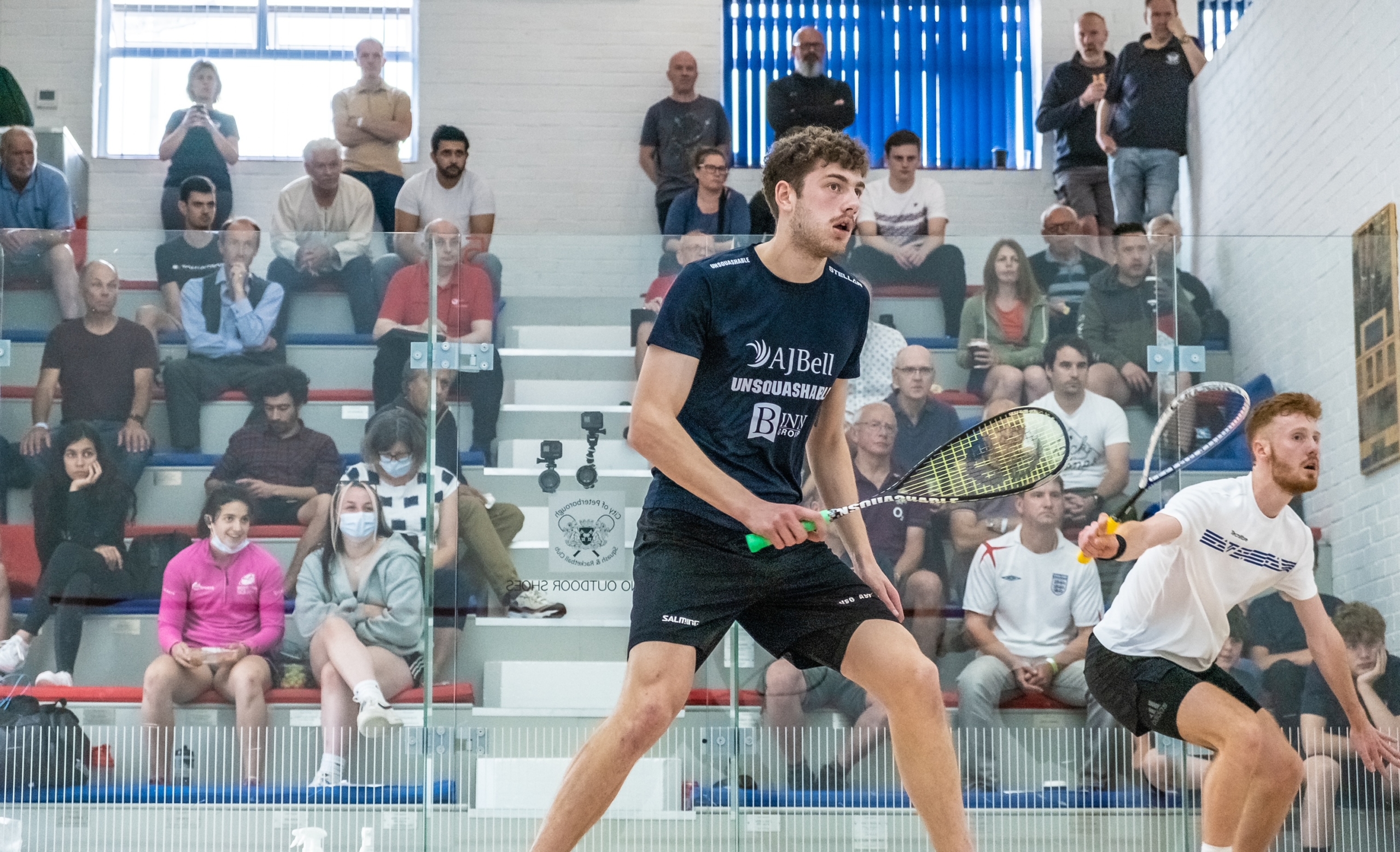 The 24-year-old was victorious in four games and with it came the second title of his career, having won the Mar del Plata Open in Argentina in 2019.

Paul said: “The depth of quality in UK squash is really strong and results have shown in recent weeks that these events are difficult to win.

“You need to be on top of your game from the first match, it’s a physical and mental challenge as well as a squash challenge.

“So for Rory to get through four matches against tough opponents, with two 3-0 and two 3-1 results, was impressive. 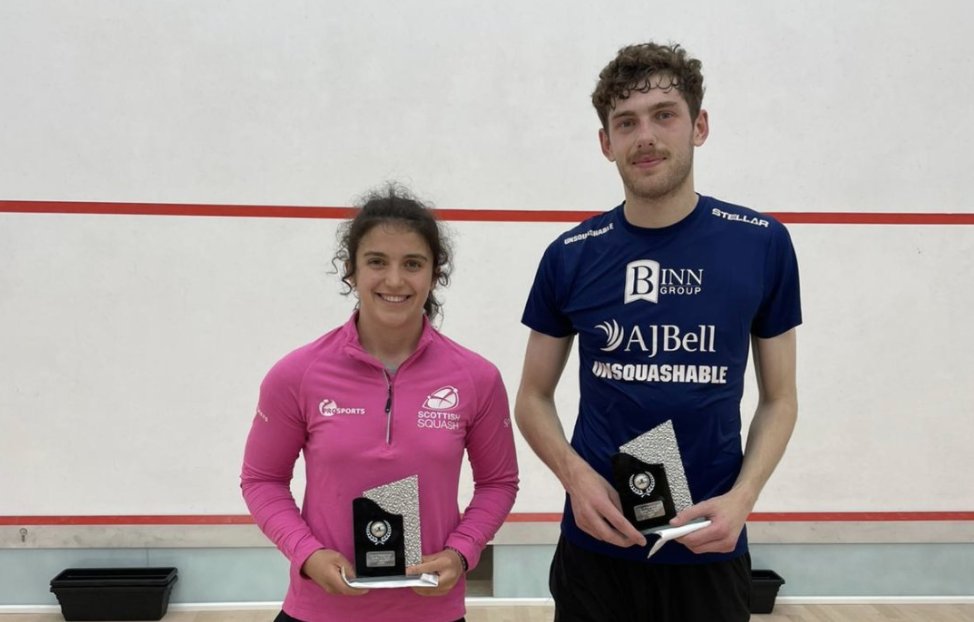 “Like Georgia, he’s really got stuck into training during lockdown and the hard work is paying off.”

He added: “All of the Scottish players have got plenty of events to look forward to in the next few months and hopefully the success of Rory and Georgia gives them a boost.

“The players are all feeling positive about where their squash is at and it’s now about finding that competitive edge in the events.”

Georgia, world ranked 99, is back in action this week at the Stellar New Malden Squash Festival, where she is second seed.

The Springfield Properties sponsored player is joined in the women’s draw by fellow Scots Alison Thomson (1) and Katriona Allen (5).

All three players are in action today (Wednesday, July 7).