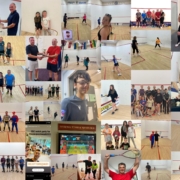 The first ever Love Squash Week has been hailed a smash hit, with over 600 participants taking part in events and competitions across Scotland last week.

The celebration of squash saw new and existing players getting on court at venues up and down the country.

And it was a hit on and off the court, with over 40,000 views of Love Squash Week posts on social media, helping to raise awareness of squash and introduce the game to new audiences.

Squash clubs across Scotland put on a wide range of events to mark the occasion.

In total 26 Try Squash sessions were held at participating venues, with follow up tournaments and sessions added at some clubs.

Other venues joined in on the fun in different ways, with doubles tournaments and exhibition matches on offer too.

And the stars of the week, the Team Scotland squash players, featured heavily in squash watch parties held across the country.

Over the course of the week two club competitions were held, with a signed Scotland top and sets of team kit on offer from iPROSPORTS.

The prize for the most engaged club on SportyHQ went to Shetland Squash Club which averaged the most games per member over the course of the week.

Scottish Squash Director of Development Allan McKay said: “It was brilliant to see so many people taking part in events at squash clubs across the country during Love Squash Week.

“The event was a great celebration of squash at home, while our athletes inspired us at the Commonwealth Games in Birmingham.

“We look forward to continuing to work with squash clubs in Scotland to grow the game in the year ahead.” 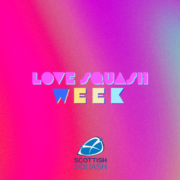