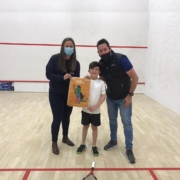 The Governing Body were asking kids (under-18) to create a mascot, with the winning drawing inspiring Scotland’s official new squash mascot.

A judging panel had the unenviable task of finding a winner from nearly 250 entries and it was nine-year-old Callum who came out on top!

‘Vollee’ will be officially showcased at the 2021 Springfield Scottish Squash Open, taking place at Inverness Tennis and Squash Club from the 22-26 September.

Callum said: “The Scottish Open is going to be staged in the Highlands near Loch Ness so I decided to make Vollee a child of the Loch Ness Monster. 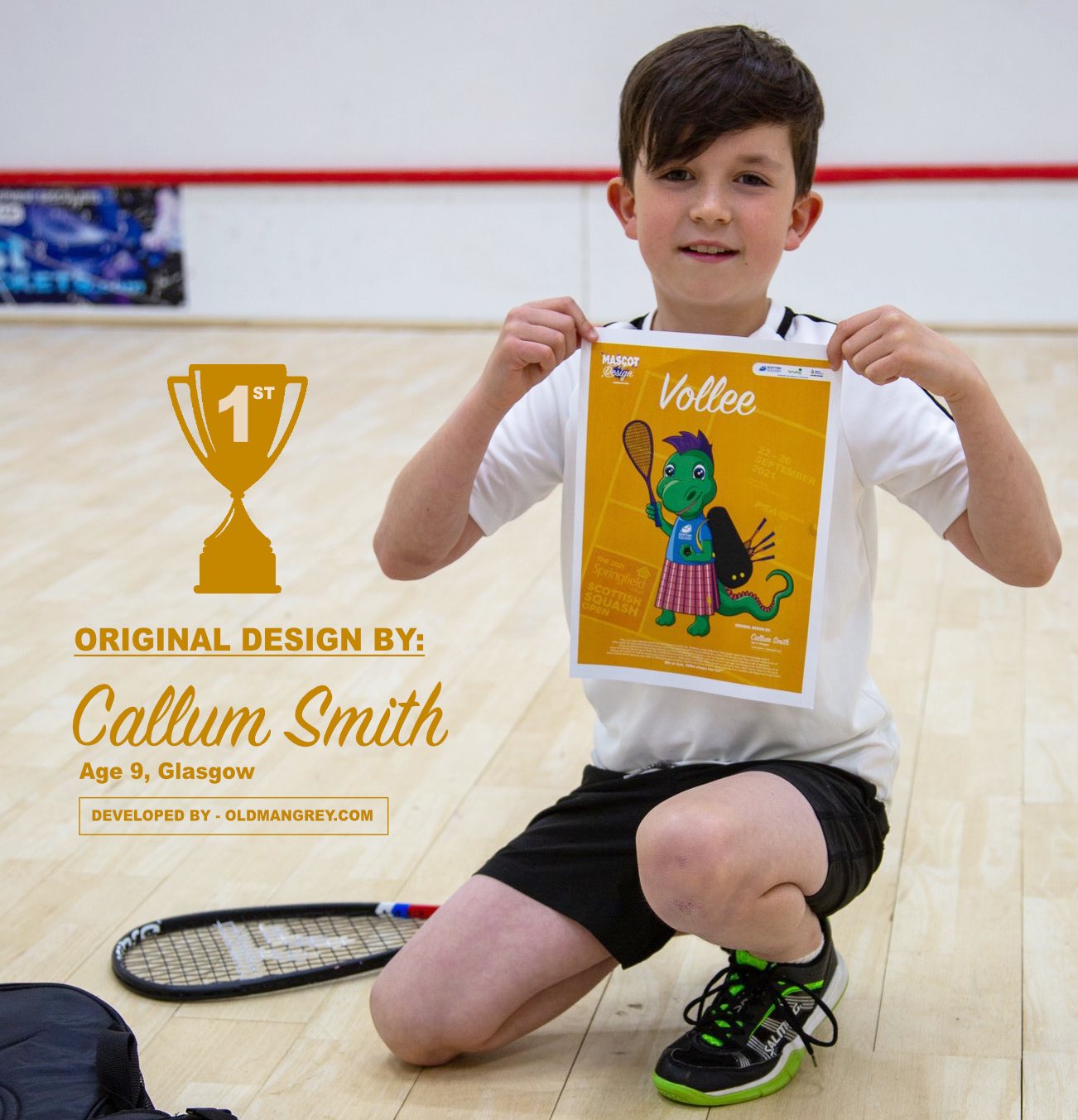 “I am enjoying my art so loved getting to draw Vollee who wears a kilt and has a squash bag made into bagpipes.

The Glasgow Gaelic School pupil continued: “I was so excited and buzzing to win the competition because I love squash, having only started playing 18 months ago.

“It’s a racket sport which I like and the running about is so fun.

“I also swim, play tennis and football. Squash helps me get better at all of them.”

Last Sunday (May 9) he turned up at Western for squash training with coach Martin Woods but had no idea he was also being announced as the competition winner. 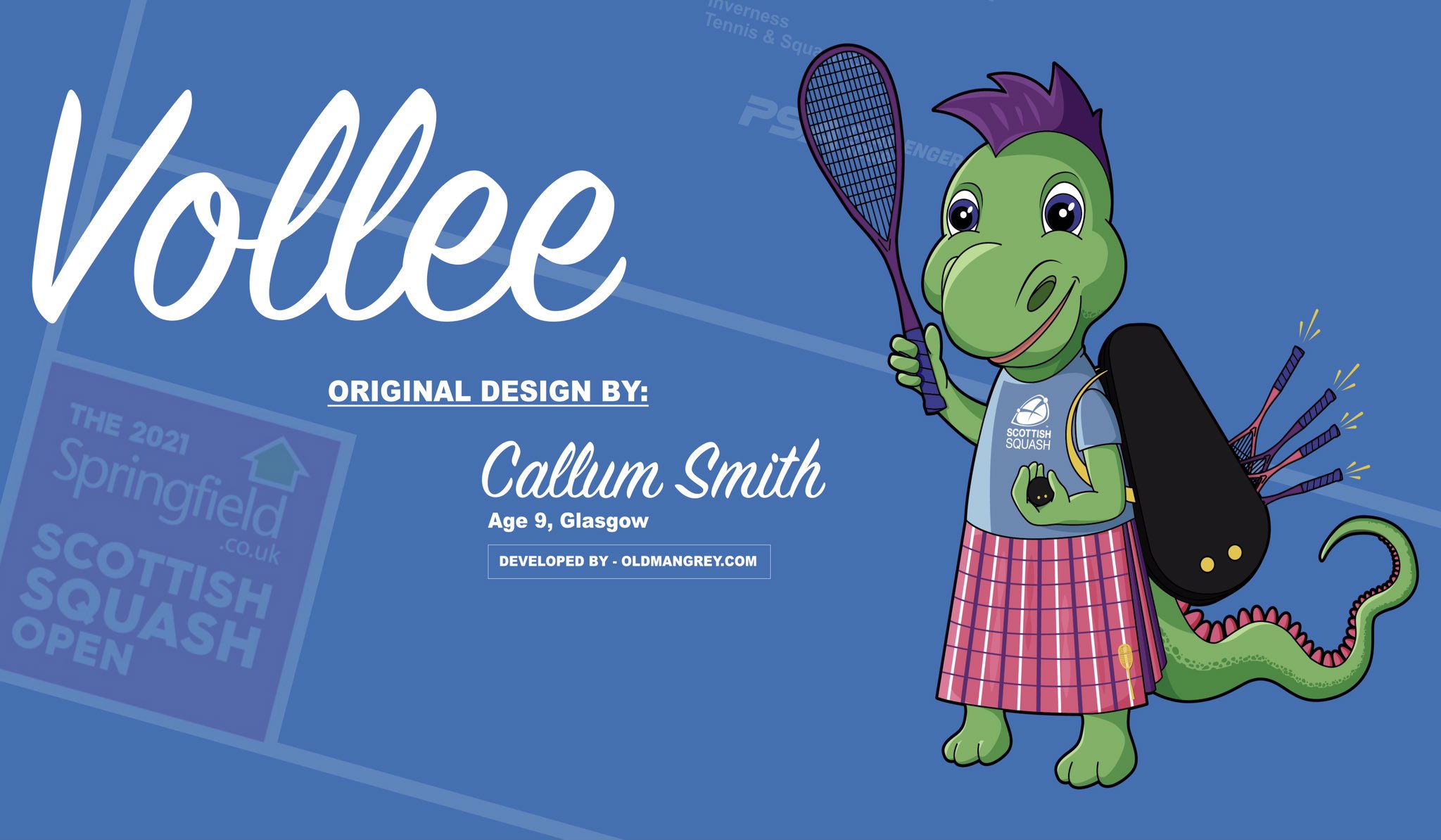 Proud mum Linsey and the family helped Callum come up with Vollee’s fabulous backstory (below).

She said: “I follow Scottish Squash on social media and saw the competition was on during home schooling.

“It was a great opportunity for him to focus on his art and he really worked hard on the design.

“We all sat over dinner one evening and came up with ideas for a backstory.

“Callum wanted to highlight Vollee’s good attributes and encourage others to give squash a go because he really enjoys it himself.” 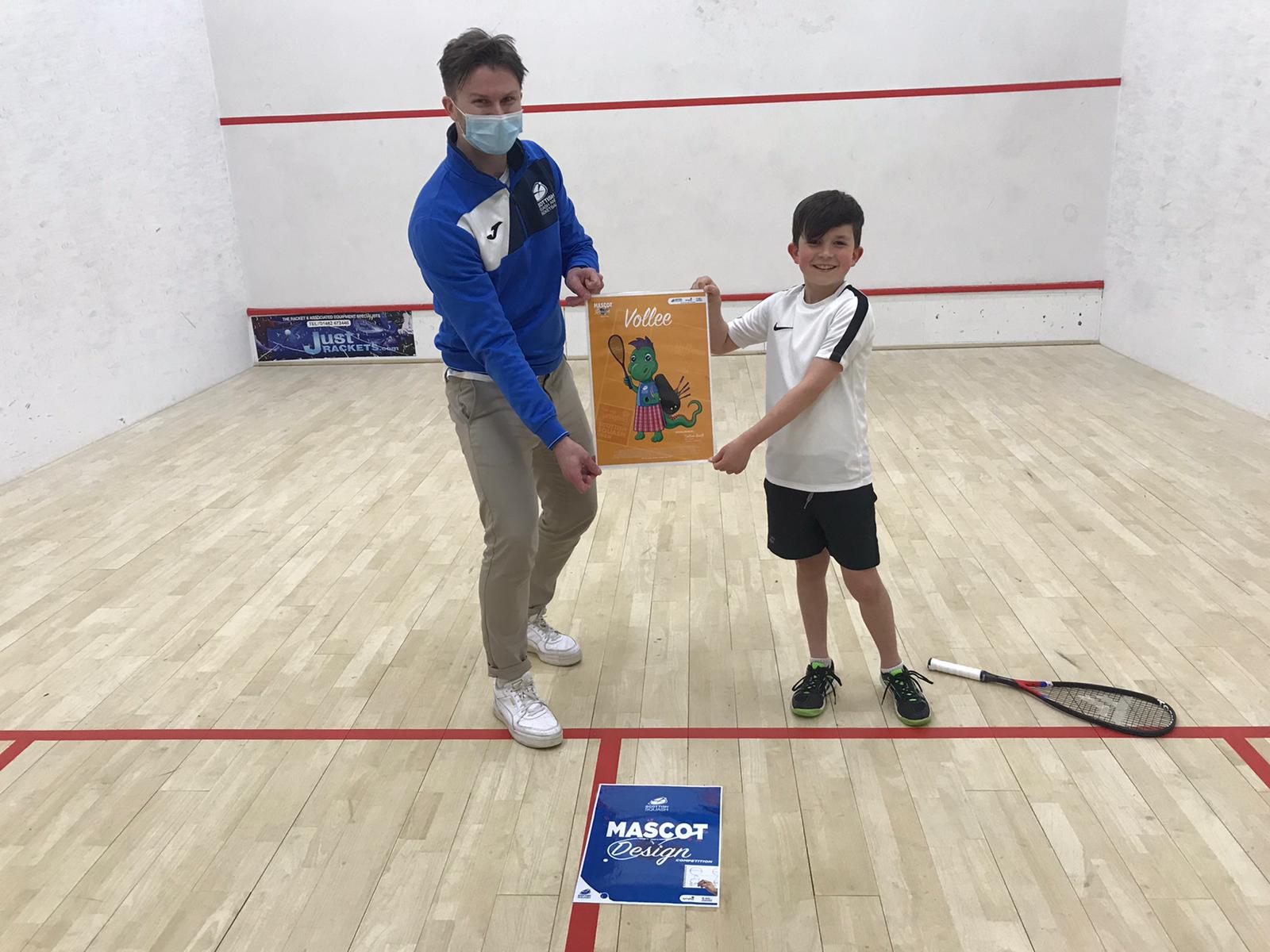 She added: “We’re so happy he won the competition. We all had to try hard to keep it a secret from him before the announcement.”

The Loch Ness Monster family are well known for being shy. However, young Vollee first tried squash aged 8 and immediately loved it.

Vollee made so many new friends by trying a sport they never thought of playing before!

As a child of the famous Loch Ness Monster, Vollee loves all things Scotland and really enjoys wearing cool kilts and playing the bagpipes, even turning their own squash bag into a set of awesome pipes for playing! 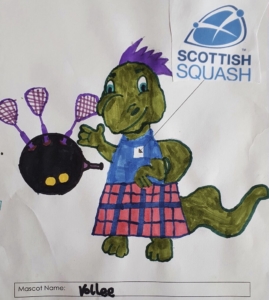 Squash gave Vollee the confidence to travel the world, playing the sport with people of all ages and backgrounds (and monsters of all shapes and sizes!) as well as encouraging others to join in.

Vollee loves to practice. When anyone is looking for them, they know to check on the court where Vollee will be learning new skills by listening to and watching coaches and other players, always learning from mistakes and trying hard to get better!

The 2021 Springfield Scottish Squash Open is taking place from September 22-26 at Inverness Tennis and Squash Club.  More information can be found at www.scottishsquashopen.com

–  Artist Graeme Clark’s work can be found at www.oldmangrey.com