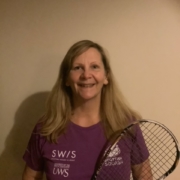 Monifieth squash coach and player Jenny McArtney says she was ‘humbled’ and ‘shocked’ after being recognised in the 2021 New Year’s Honours list.

The Scottish Masters internationalist was awarded the British Empire Medal (BEM) by the Queen for services to squash.

Officially announced at the end of last month, the annual New Year’s Honours list recognises the achievements of a wide range of people for their exceptional efforts in all areas of society.

Jenny was nominated for the award more than 18 months ago by Tayside squash players Chris Weatherburn, Lesley Long and Lynne Haxton.

However the 57-year-old was unsure what she was being nominated for until an email came through confirming the award of a BEM.

She explained: “I was told a few months ago that I was still in the running for an award but wasn’t sure what for exactly.

“Then in early December I got an email confirming my BEM, which I initially thought was spam!

“Someone from the Cabinet Office called after that and went through the reasons why I was nominated.

“I felt really embarrassed and shocked but he was very kind saying the BEM was deserved.”

She added: “I’m very humbled and honoured to be nominated for any award, let alone receive one from the Queen.

“I do a lot for squash but no more than many other good people.”

When not working as a physio at Ninewells Hospital, over the years Jenny has helped promote and grow the sport of squash across the region.

Her squash journey began aged 12 when she jumped on to her local court in Monifeith, two minutes from home.

She enjoyed it straight away and it has been her sport of choice ever since.

Competing out of the David Lloyd Centre in Dundee, she has been a club player for many years and got involved at Masters level after turning 35.

Her playing highlight was being part of Scotland’s Over 50s women’s team which won the 2014 Home International title in Ireland.

But it’s her tireless efforts away from competing that sees her now officially titled Jennifer McArtney BEM. 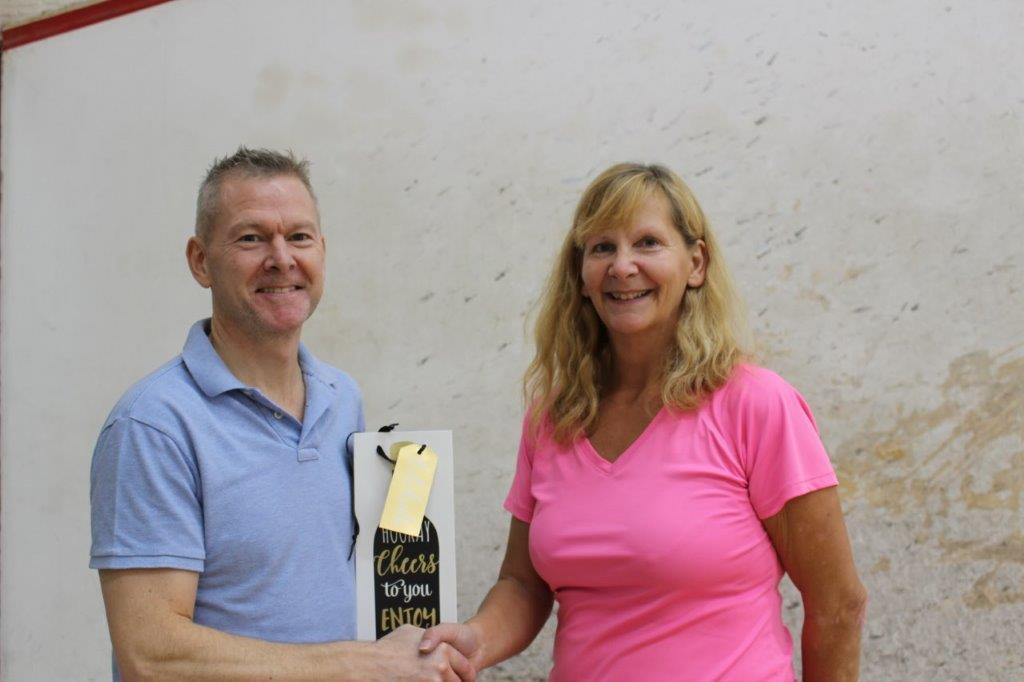 As a coach she’s been instrumental in the renaissance of Forthill Squash Club, with membership growing markedly in recent years.

Jenny also organises a significant number of tournaments across Tayside and Fife, with the help of colleagues including Grant McGovern.

She continued: “Forthill was on the decline so after doing my Level One coaching I went in there and offered a bargain basement price of £2 a session for juniors.

“I got help from Mark Beaumont and we did an open day for the local primary school next to the club.

“We began coaching on a Tuesday night and initially got 16 kids along.

“That kickstarted the club’s resurgence. Others coaches then came on board and we suddenly had a busy programme and more junior members.

“Coaching the kids has definitely been my highlight in squash.

“Seeing them turn up and enjoy playing gives me great satisfaction.”

Her efforts in Forthill’s revival has seen her receive a lifetime membership of the club.

Forthill Squash Club member William Irvine said: “Jenny is what every club wishes for, someone who is passionate about the sport and gives her time and knowledge willingly to improve club and players alike.

“She is a modest woman and will be reluctant to accept any award because she won’t feel she’s done anything exceptional. That makes her an even more worthy recipient of this BEM.”

Read more about the renaissance of Forthill Squash Club, here.