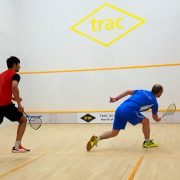 Day 1 from qualifying of the TRAC North of Scotland Championships treated the local crowd to some excellent squash. There were four Scottish players in qualifying. First match of the day saw home favourite Mike Black take on the No 1 qualifier from Pakistan Asim Khan. Mike was unlucky not to get a game, but eventually the movement of Khan saw him through.

Al Prott was the next Scot in action. The talent youngster from Inverness is definitely one of the most promising rising stars of squash in Scotland and it was easy to see why. For such a young head, Al looked at home on the court throughout the match despite playing the much more experience Brian Byrne from Ireland. Eventually Byrne’s experience won the day, but not before Prott gave him a bit of a scare.

Third Scot in action was Stuart George from Glasgow. Stuart was playing the very solid Ondrej Uherka from the Czech Republic. Stuart struggled to get into the match, and unfortunately lost out in 3 straight games to his opponent.

Last Scot in action was Kevin Moran who has recently returned to the PSA circuit. Kevin was up against rising French star Victor Crouin. In a highly entertaining fast paced encounter Kevin volleyed well and kept the tempo high, stretching the movement of the young Frenchman. Finally the Scots get a win, Kevin winning in 4 games.

The final rounds of qualifying start at 5pm tomorrow (Wednesday), with the first main round matches starting at 12pm on Thursday.

Full results and match reports can be found at www.asrc.co.uk and videos of all matches can be viewed at https://www.youtube.com/channel/UCKquVL2fhAS1nGnkId5cnDA 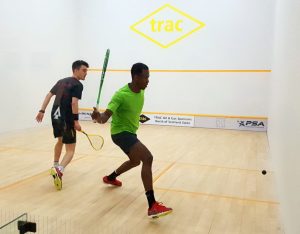 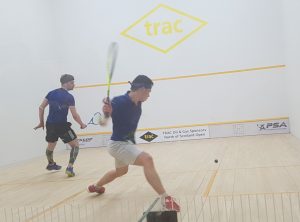 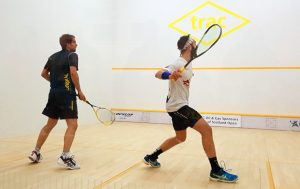 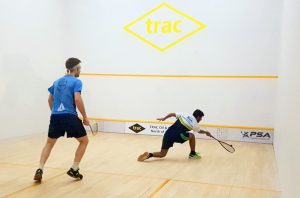 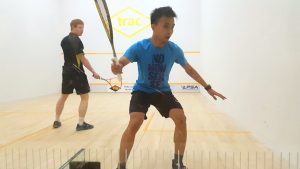 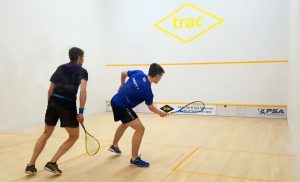 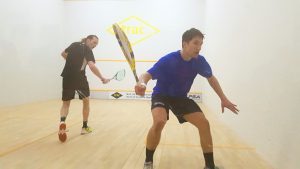