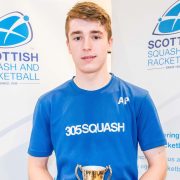 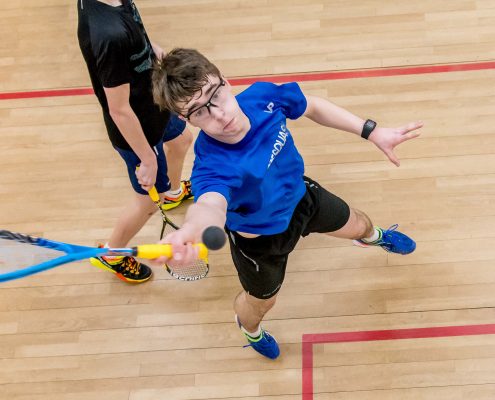 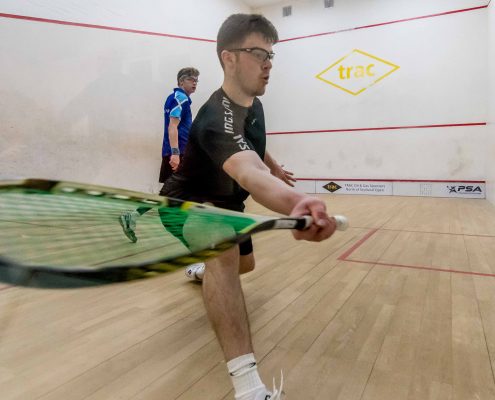 Inverness Tennis and Squash Club players enjoyed success at the Scottish Junior and Under-23 National Championships in Aberdeen at the weekend.

In-form Alasdair Prott won the Boys Under-17 section, while Ross Henderson lost in the final of the Boys Under-19 category to take second place at Aberdeen Squash and Racketball Club.

Prott, 15, was imperious from the very beginning of the tournament, defeating David Riches, John Meehan and Andrew Hill 3-0 to reach the final against Chris Murphy.

The promising youngster lived up to his top-seed billing to beat Murphy 3-0 (11/5, 11/1, 11/5), meaning that he navigated the whole tournament without dropping a single game.

His victory comes off the back of a win at the Scottish Junior Open in Edinburgh last month.

Reflecting on his performance after the final, Prott said: “I am obviously very pleased.

“I went in with a game plan and thought I stuck to it pretty well in the final.

“It is great to have won; national titles are right up there with the most important ones you can win.”

He continued: “I wasn’t too nervous before the final, I’m quite good with that now.

“I used to get pretty nervous before games but now once I get on the court and start my warm-up, it completely goes away for me.”

Against Northumbria-based Scot Jamie Todd in the final, he won the second game before losing 3-1 to the top-seeded player.

After, Henderson revealed that he had played through the pain-barrier in the final, saying: “I thought I played well in the first two games but Jamie is a good player.

“I have been having problems with my shins and I felt fatigued but now I’m planning on training really hard to try to get into the Europeans this summer. I need to get fitter and sort out my shins.”