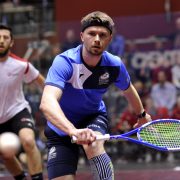 SSRL are pleased to confirm the appointment of the following vacancies that were advertised earlier this summer.

Kevin Moran has started his role with us as Regional Development Officer. Kevin’s role will be predominately focused around the East Region and in supporting the development of clubs/venues within this area.

Morva McKenzie has started in the position as Child Protection Officer, building on the good work she undertook in her previous voluntary position.

Following the departure of John Georgeson, Malcolm Mackay has been appointed as Regional Coach for the Highlands & Islands of Scotland. We wish John well for the future and are pleased that Malcolm can continue the good work that John had delivered in the region. Malcolm can be contacted through Allan McKay (Regional Manager (North) & National Lead for Competitions)

Within the Performance Team, we are pleased to announce that Simon Boughton has been appointed as Lead Coach for the National Talent Squad. Simon brings a wealth of experience and will work closely with Paul to support the Junior Excellence Programme. Simon can be contacted through Paul Bell (National Coach).

Kevin and Morva can be reached via e-mail:

I am sure you will join in welcoming them to Scottish Squash & Racketball.