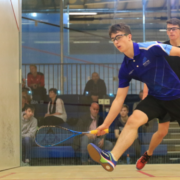 Scottish Squash & Racketball (SSRL) are delighted to announce that the bid applications to host Platinum events and organise Gold events for the 2017/18 season have been confirmed. Following the successful bid process long discussions took place to reach the decisions for host venues for the coming season.

SSRL are delighted to announce that the 2017/18 Platinum events will take place at the following locations:

SSRL are delighted to announce that the 2017/18 Gold events will take place at the following locations:

SSRL are now compiling the 2017/18 calendar and this will be confirmed in the coming weeks to include the information above. The calendar will also include Silver and Bronze events that were registered through the process.

In light of Inverness Tennis & Squash Club being awarded the Scottish Masters Nationals the dates for the Regional Masters have now been confirmed. These dates can be found below. Regional Committees are now carrying out the process to determine which venue within their Region will host the Regional Masters competition and this information will be updated in the coming weeks.