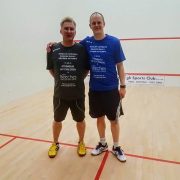 Mark James & Simon Boughton broke the record with a total of 2526 shots!!! 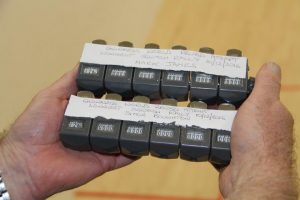 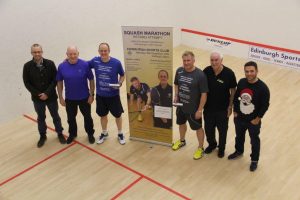 Here at Scottish Squash we are always keen to shine a light on the great work being done in our regions and clubs. Take a look below at an upcoming record attempt at Edinburgh Sports Club, Saturday 10th December, 2016. Starting at 6:30pm led by Mark James and Simon Boughton. 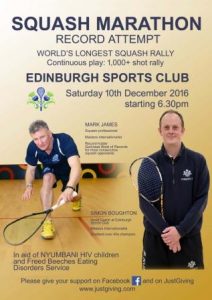