Despite all the problems that the weather threw at us we had a very successful and enjoyable tournament!

With 8 events happening over the weekend we had a whole range of age groups competing and here are the results:- 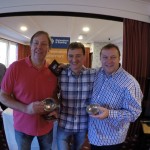 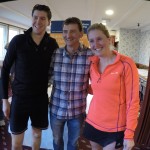 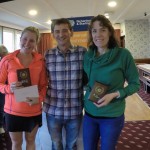 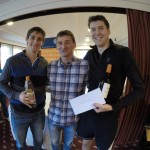 This was a larger entry than last year which is encouraging with parings from all over Scotland and including a large entry from Bromley Squash Club in England. Matches were all played competitively but in good spirit and many of the matches were in the balance until the final game. The social atmosphere in Colinton Castle Sports Club was terrific throughout the tournament and everyone left tired but satisfied with the weekend’s activities! We are very grateful to our sponsors Richardson and Starling who made the event such a success.