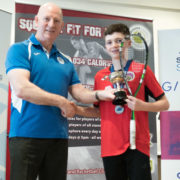 Bridge of Allan’s Kyle Penman made it a family double at the Scottish Junior & Under-23 National Championships in Aberdeen on Sunday after winning his first national title.

It followed on from his younger sister Merryn’s win in the GU11 event on Saturday.

Kyle had to get past his regional squad teammates Felix Wood and Jamie Cargill to reach the final which he did in impressive style, not dropping a game throughout the U13 event.

He said:  “Any tournament win feels good but to get your name on the national title is more special. 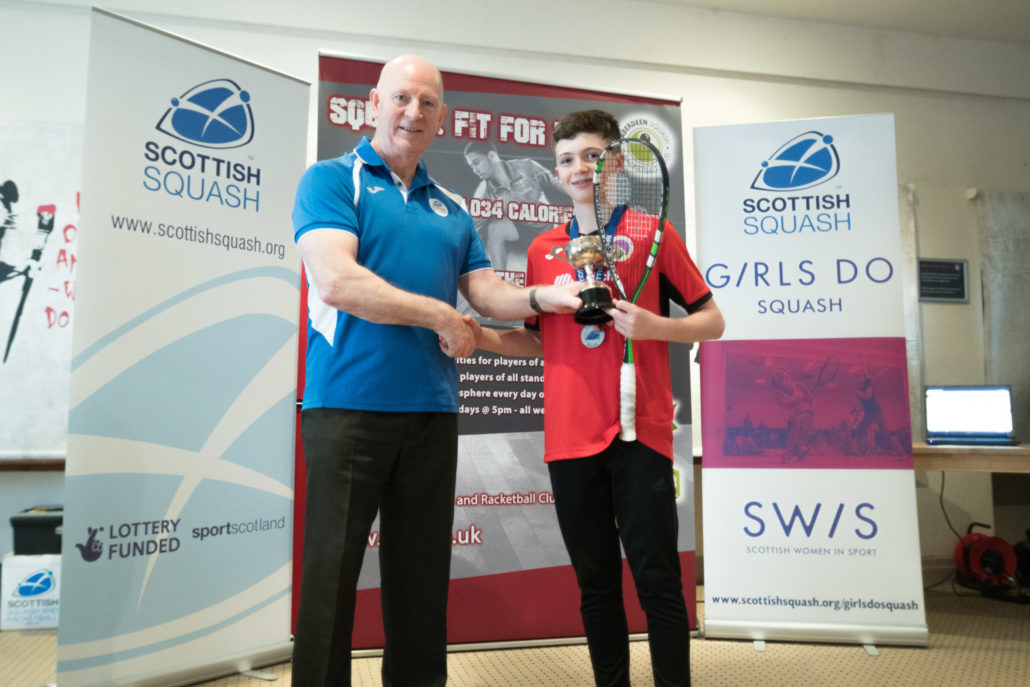 “It’s hard playing your teammates but sometimes you have to do it to get the wins.

“I played well, especially when I put into practice what I talked about with my coach.

“I find it important to believe in yourself and not let your head drop even if you go three or four points down.

“You need to focus on the next point and I feel I did that well in the final.”

Rory Shaw claimed the bronze medal in the BU13 event.

In a competitive age group, Alasdair did well to see off the stern challenges of Ruadhri McDougall and Marcus Henderson without dropping a game to reach the final. 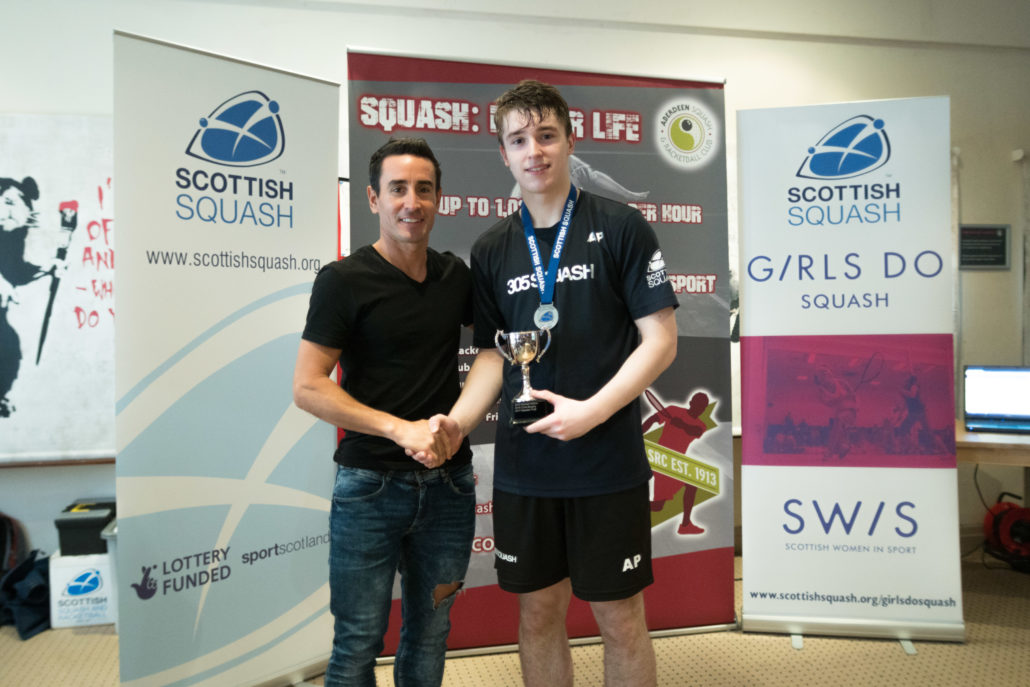 He said: “Some people say there’s nothing better than winning a National title and I can agree quite a lot with that.

“It’s great to be champion of your country and feels really good.

“In the morning I had to be careful because there’s so many players coming through now so I really had to be on my game.

“I knew the final was never going to be easy. John (below) has been playing really well this season, his game has come on so much. 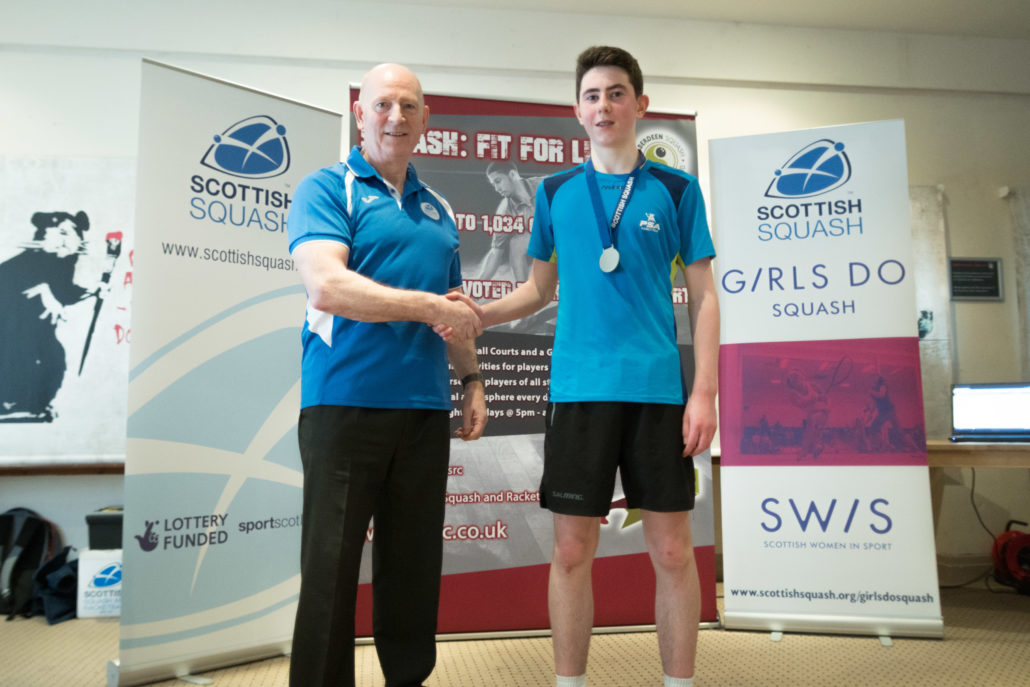 “It was a physically tough match and I really enjoyed it.”

The Giffnock player won all four of his matches without dropping a game, a statistic which pleased him.

“My consistency was a real positive for me,” he said.

“I got a good start in all my matches which gave me an early advantage.

“I was confident going into the final and it’s a great feeling to get my second title, especially against a good player like Andrew who has played for Scotland. 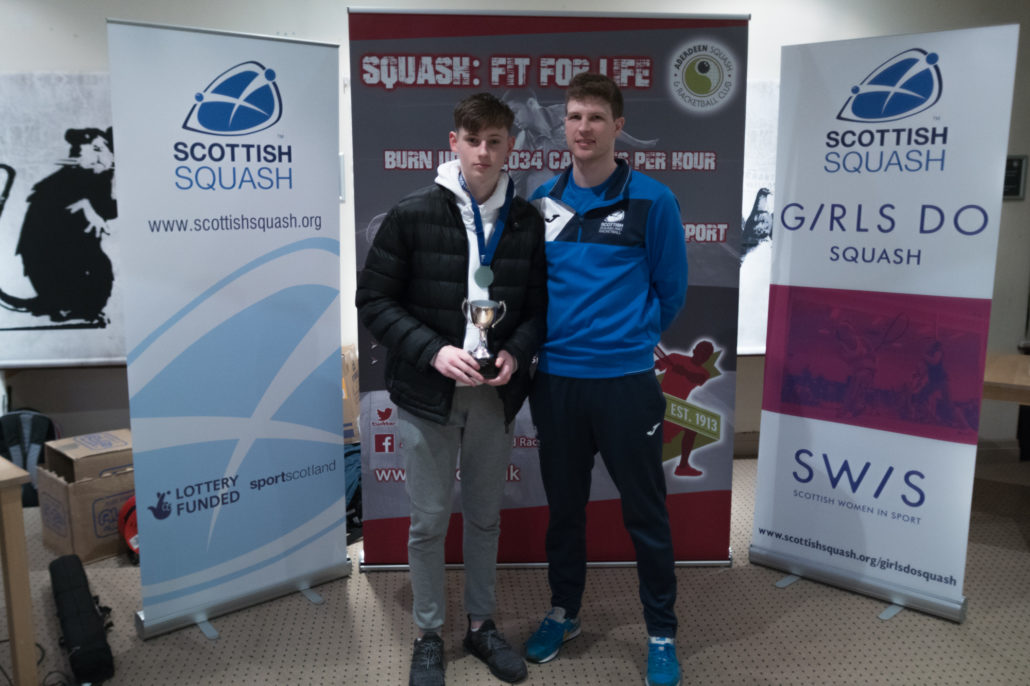 “A big part of my game is my attacking which I feel can give me an advantage over other players and it’s something I continue to work on.”

He added: “ASRC is a brilliant venue with a good atmosphere and I was happy with my tournament.”

Meanwhile Adam Hunter, centre below, says he had to dig deep to win his first ever national title.

He said: “I have worked hard for this and it feels great. 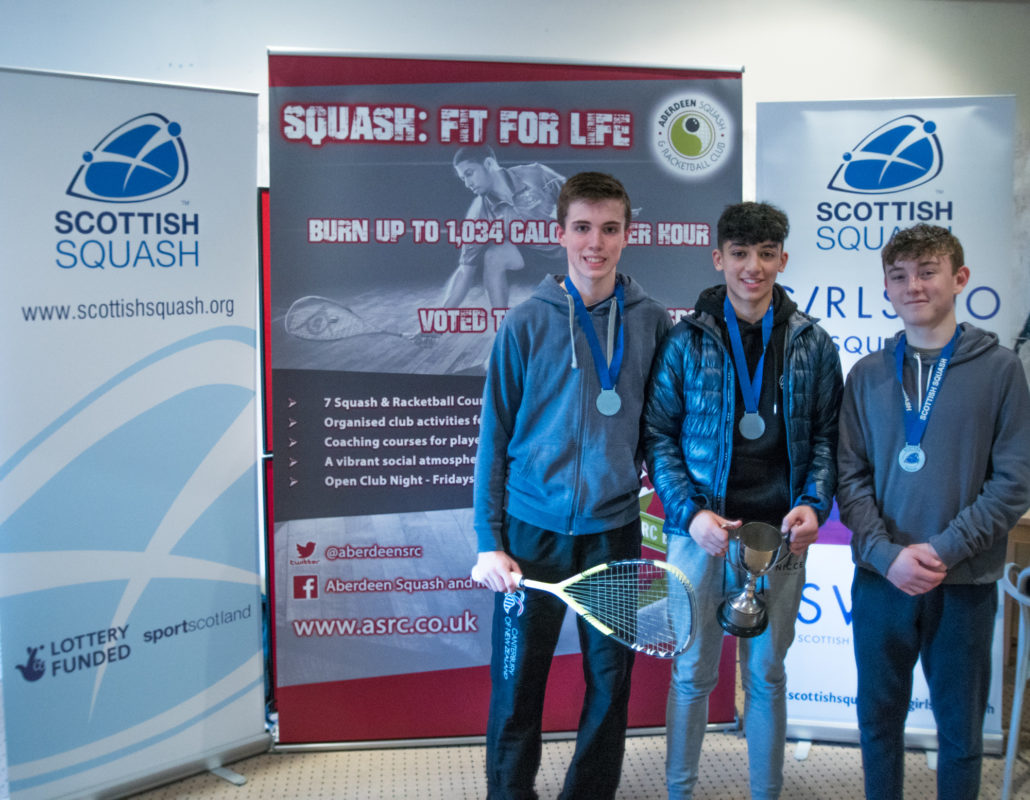 “Last year I was coming 10th or 11th in these events but I have worked on my whole game to change that.

“Brodie and I have had some good battles in the past. This match was maybe a bit scrappy but I dug in a lot. I really wanted to win.”

Rory, who reached the Edinburgh Sports Club Open semi-final last month, dropped just one game on the way to victory at ASRC.

He said: “I was delighted to retain my title and enjoyed all the matches I played.

“I started the final off well and any shot I was going for was coming off.

“Craig got slightly frustrated but fair play to him for fighting back. 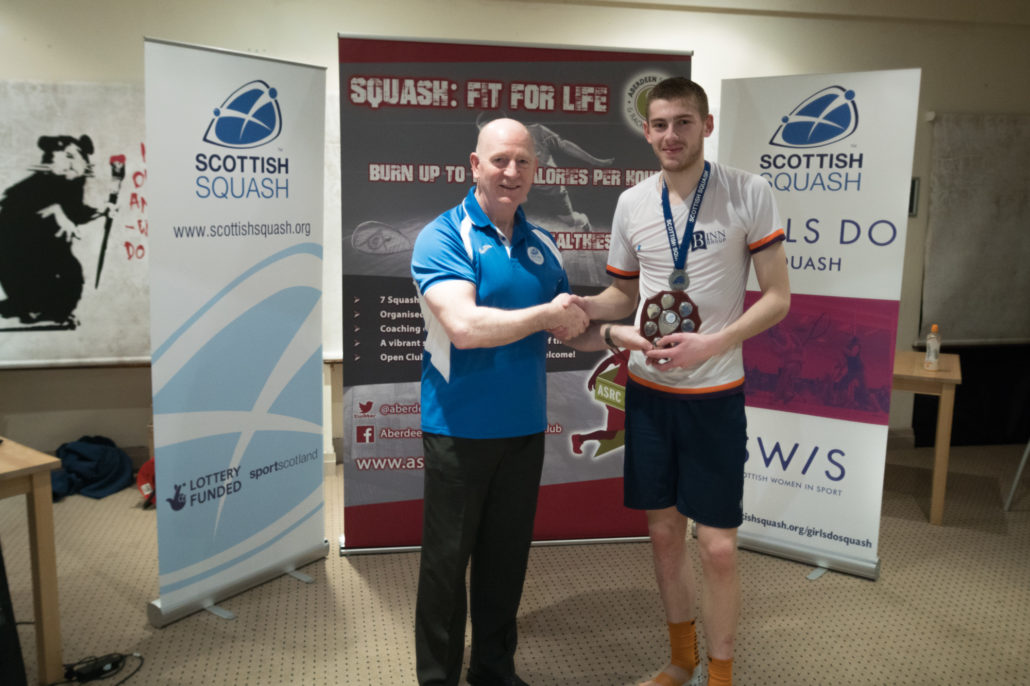 “He outplayed me in the third and most of the fourth so I was happy to come through.

“ASRC is a great venue and it has a really good atmosphere similar to Edinburgh Sports Club. I enjoyed my weekend.”

In the BU11 event John Green, below, won the title after an impressive win over Mark McCormick. 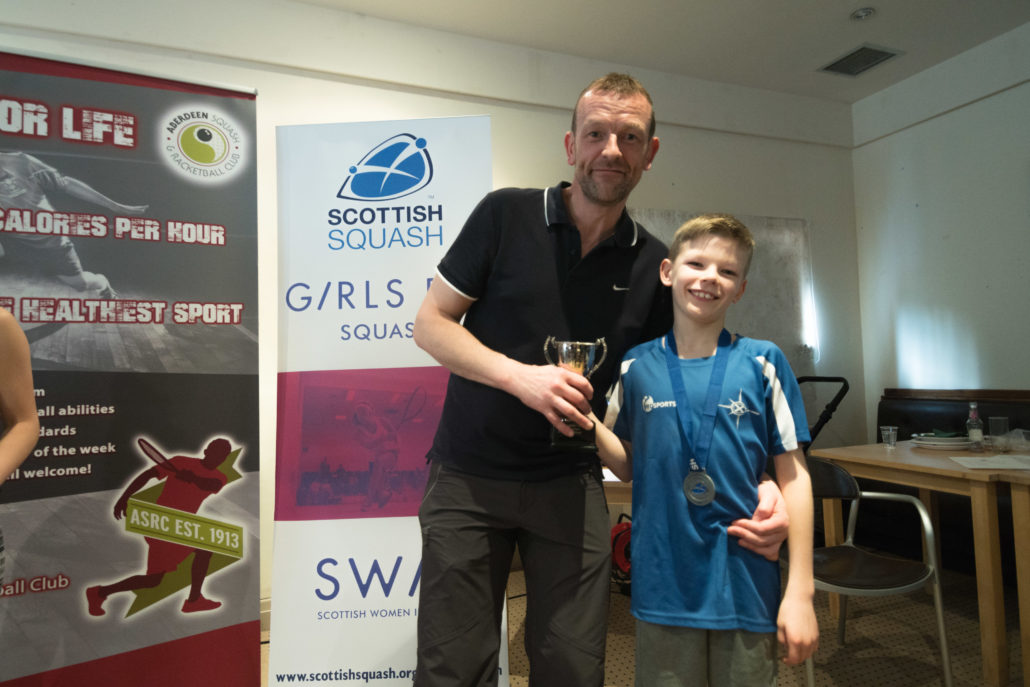 Scottish Squash would like to thank Aberdeen Squash and Racketball Club for helping deliver another successful event.