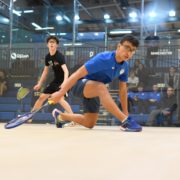 National coach Paul Bell believes Junior squash in Scotland is on the rise after the countries best performance at a British Junior Championships in nearly 25 years.

Scottish Squash took an 18 strong squad to Manchester last week and were rewarded with a first British title since 1993 courtesy of Georgia Adderley’s win in the GU17 event. 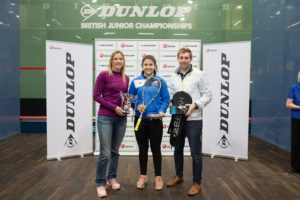 Alasdair Prott also came home with silverware after finishing runner-up in a competitive BU17 age group, in the process becoming the first Scot ever to reach a BJC BU17 final.

Anna Halliday, 12, reached the last eight of the GU13 event and Bell feels all of the Scottish squad will have benefited from competing on a UK-wide platform.

He said: “The main aim was to allow our players to open their eyes and see what the standard of squash is like at their age group in the whole of the UK.

“We have a smaller pool in Scotland compared to say England and as such players in this country tend to play each other a lot.

“Playing at the British Championships allows our players to compete against the UK’s best and see where they are at in the standings. 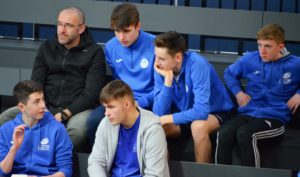 “It’s an aspirational thing and shows them how good players of their age can get if they put the hard work in and do the right things off court.

“Being part of a Scottish team that has a British champion in it will have been an inspiring experience for them all.”

He continued: “The Junior squash scene is growing all the time and a lot of that is down to the regional coaches and the clubs who are helping grow the sport. 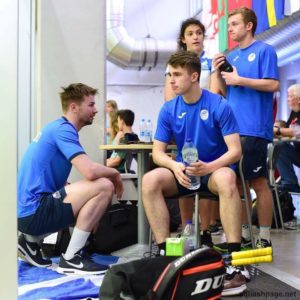 “The Development Managers at Scottish Squash are also doing a great job helping where they can.

“From a structural point of view we are in a good place in our efforts at trying to get more youngsters playing the game and we need to capitalise on this success.”

Alasdair Prott paid tribute to the healthy state of the game in Scotland, hailing the upsurge in the Junior game driven by the likes of Alan Clyne, Greg Lobban, Lisa Aitken and Alison Thompson doing well in the professional ranks.

The 16-year-old said: “The Juniors are really coming on in Scotland.

“There’s a lot of people getting involved and it’s been driven by the pros doing really well.

“With a lot of talented Scottish Juniors coming through I expect to see some more players reach BCJ finals in the future.

“It’s great flying the flag for the Scots at the British Championships.”

Quartet selected for Men’s World Team Squash Championships in Marseil...
Scroll to top
This website uses cookies to improve your experience. We'll assume you're ok with this, but you can opt-out if you wish.Accept Reject Read More
Privacy & Cookies Policy
Necessary Always Enabled