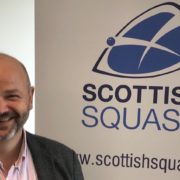 New Scottish Squash President Mark Adderley feels squash in Scotland is in great shape as he makes the step-up from Vice-President.

Mark takes over from Jim Hay who bowed out in style last month after five years at the helm by winning the 2018 Team Scotland Volunteer of the Year award.

He said: “I have played squash since I was about 10 years old and loved it all my life so it’s a real privilege to take on this role.

“It’s a fantastic sport and Jim (Hay) did a brilliant job.

“A lot of his work was around building a positive culture, around team work at Scottish Squash and working with clubs and partners.

“I don’t see a major change from that. Scottish Squash is very healthy, in great shape and heading in the right direction and the number of members is growing in what is a tough market for sport at the moment.”

He continued: “There’s really two parts to my role.

“We have a fantastic group of people running Scottish Squash and a group of trustees that make sure money is spent wisely, going to the right places and ensure there is good governance in place.

“As Chairman of the Board I’ll be chairing that group of people and trying to ensure things are run efficiently and effectively.

“I will also be representing Scottish Squash at various events, making sure our voice is heard on the international stage and in the various committees. 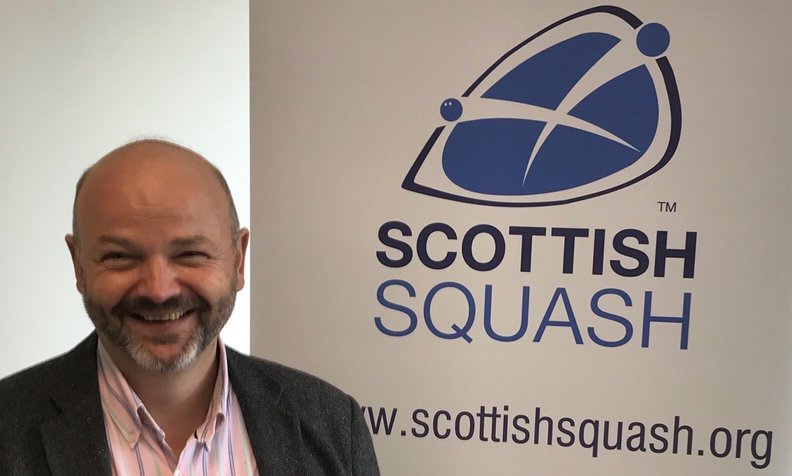 “I’m hopeful we can keep growing the numbers of our members at ground level and have individual pathways in place to enable players can make it to the top and keep squash in Scotland near the top of that world class tree.”

Mark believes initiatives such as Girls Do Squash, which his daughter Georgia Adderley plays a key role in promoting, and the re-birth of the Scottish Open will help boost squash further in Scotland.

He added: “Springfield Properties have been great and very supportive in bringing the Scottish Open back again next year and there’s other organisations that we work with who are very enthusiastic about squash.

“Things are looking very positive and the work with Scottish Women in Sport and the Girls Do Squash campaign has been great. 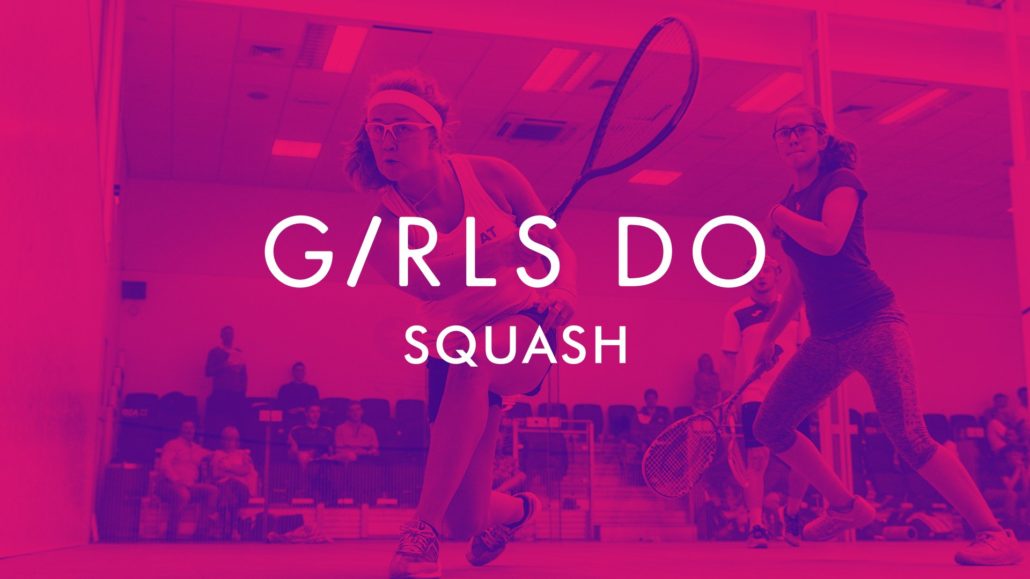 “I feel more proud of the work Georgia does to promote the sport off court than I am of her achievements on it.

“We need to keep broadening out the appeal of squash across the board and we’re lucky to have a supportive group of players at all levels to help promote the game, including at Masters level where Ian (Ross) and Fiona (McLean) did fantastically well at the World Masters Championships recently.”

World Squash Day aims to strike a chord with sports fans across the globe
Scroll to top
This website uses cookies to improve your experience. We'll assume you're ok with this, but you can opt-out if you wish.Accept Reject Read More
Privacy & Cookies Policy