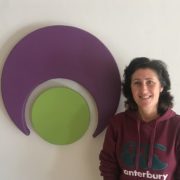 Scottish Squash are delighted to announce that Jane Martin has been appointed as Interim Central Regional Coach with Scottish Squash.

On her appointment Jane said, “I’m delighted to be part of the Central Regional Programme, and I’m looking forward to encouraging the kids, from all clubs in the region, to be the best they can be, and to have fun playing squash.”

Paul Bell, Scottish Squash National Coach spoke highly on the appointment, “Despite the disappointment of losing Phil from the programme I’m really excited that Jane Martin will be taking up the role as Interim Central Regional Coach. Jane has a tremendous background in Squash both in a playing and coaching capacity and brings to the table all the positive attributes we are looking for in a coach.

Scottish Squash are on a new journey which we aim to develop the best development system possible which will enable us to produce a new breed of Scottish Squash players. Having a coach of the calibre of Jane is a major boost for Scottish Squash and for the players of the Central Region…”

We wish Jane the best of luck in the position!