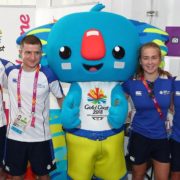 The countdown is very much on to the start of the 2018 Commonwealth Games which begins in earnest on Australia’s Gold Coast on Wednesday, April 4th.

Team Scotland’s squash athletes arrived Down Under on Sunday, March 25 ahead of Wednesday’s opening ceremony at the Carrara Stadium.

Located in Oxenford Studios, Queensland’s home of movie blockbusters, the squash competition will be contested in an impressive purpose-built venue in Sound Stage 9, which was used to film big-screen hits such as Thor and Unbroken.

The draws for the singles events can be viewed here and for the doubles, here. 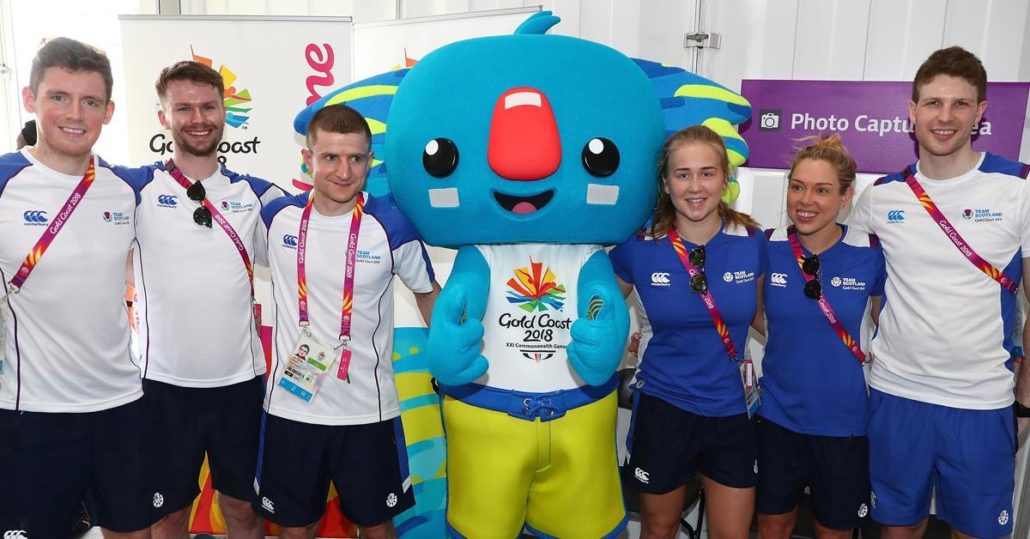 Paul Bell and Martin Heath form the coaching set-up with Paul Bell also taking on the role as Team Manager for Team Scotland squash during the Commonwealth Games.

Scotland’s very own Maureen Maitland will be a referee at the Games.

Scotland’s Squash team had their second day of training in the Oxenford Studio facility on Tuesday, March 27th as they target Team Scotland’s first squash medal in 20 years.

At the 1998 Kuala Lumpur Games, Peter Nicol secured a gold medal in the men’s singles with Nicol teaming up alongside Stuart Cowie to win bronze in the Men’s Doubles.

Games debutant Alison Thomson said: “The venue is absolutely brilliant, and there’s a very bold colour scheme in place which is very striking – it’s definitely got the wow-factor.

“Having visited the venue and trained on the main competition court, I’m really looking forward to getting the chance to play in front of the crowds.”

Alan Clyne and Greg Lobban are seeded second for the Men’s Doubles competition having won World Doubles gold in 2016 and silver in 2017.

They are in Pool B alongside Guyana and Zambia.

Clyne said: “We’re up against a lot of good teams in our pool and we haven’t played them before as Doubles, so we’re set for some good matches early on in the competition.

“With Doubles, there’s no real ranking system so we were happy to see we’d been seeded second for the Games – although we’ve put in a lot of hard work so it’s well-earned.”

Team Scotland’s Communications team is already working tirelessly around the clock to provide comprehensive coverage and behind the scenes content across their various digital platforms from GC2018.

The BBC are providing more than 200 hours of sports action across TV, radio, the BBC Sport website and mobile app, full details can be found here.

Other useful sources for coverage include the official Gold Coast 2018 website and social media platforms and www.cwgsquash.net

Euro vision: Georgia Adderley targets individual and team glory in 2019 after...
Scroll to top
This website uses cookies to improve your experience. We'll assume you're ok with this, but you can opt-out if you wish.Accept Reject Read More
Privacy & Cookies Policy
Necessary Always Enabled