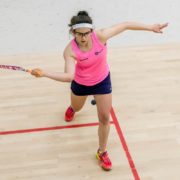 After four months away from competitive action, Georgia Adderley is back on a squash court and loving every minute of it.

The teenage prodigy secured the best result of her fledgling career at last month’s Barcelona Open seeing off top seed Rachael Chadwick, ranked 56 in the world, on route to the quarter-finals.

It follows a spell on the sidelines having picked up a hamstring injury last season but now back on court she feels stronger than ever.

The 16-year-old said: “The time out has actually been really beneficial for my squash and the physical side of my game.

“I was able to focus on stuff I wouldn’t normally have been able to do.

“I did a lot of work in the gym to get stronger which should allow me to move around court more efficiently and not just dive around the whole time!

“I also changed some technical stuff on both sides as well, making it easier for me to play at a quicker pace and help compete against the top players. 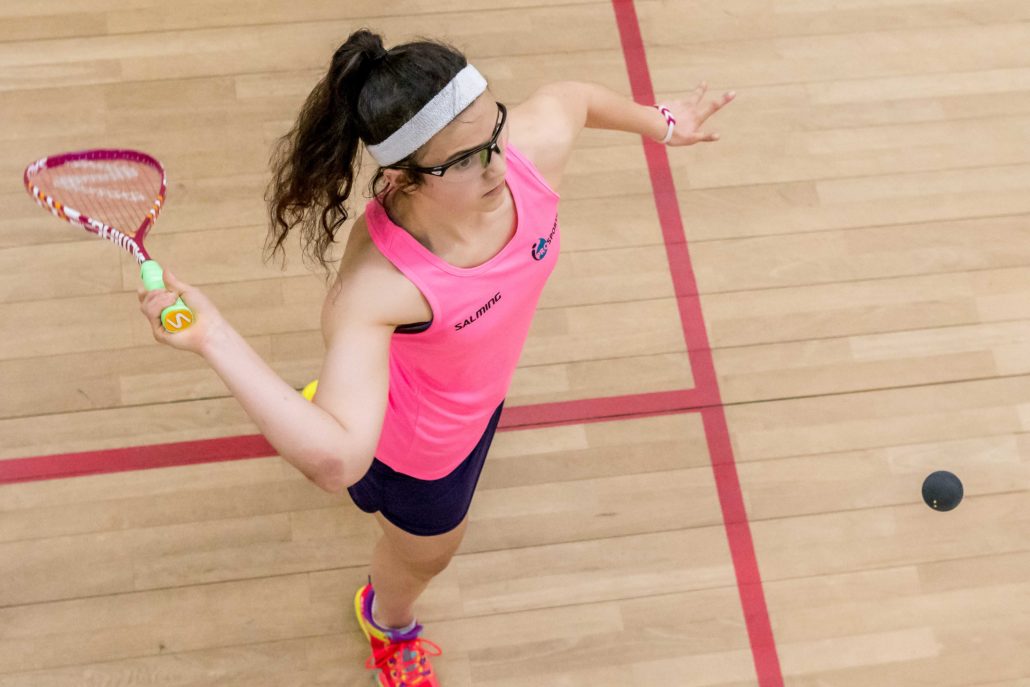 “I was really happy with how it went in Barcelona.

“I wasn’t seeded to win a match so was happy to get through qualifying and some tough matches.

“Drawing the number one player was tough and I just tried to give it my best shot.

“But I loved every minute on court, played some really good squash and got the win which was great.

“In the quarter-finals I didn’t play my best squash against a more experienced player but I took things away from that which I’ll learn from.

“It was my fourth match in four days and I was just so happy to be back competing again.” 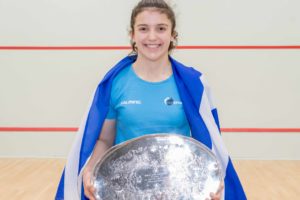 Georgia will look to compete in other PSA events this year but her big focus is on the junior events, starting with the British Junior U17 Nationals in Manchester later this month.

The 2017 Scottish National Champion continued: “I only have a few months left at Under-17 level so would like to try and win some of the big junior titles.

“Playing for Scotland is always a highlight and hopefully I can also get selected for the European Senior Team Championships because it’s the best event of the year.”

To celebrate Scotland’s inaugural Women and Girls in Sport Week, Georgia has also been discussing her role-models growing up and has a simple message to those wanting to get active and participate in sport – try squash!

She said: “In terms of my own sport and a role model, it’s great to have Lisa Aitken (below) back on court. Having someone playing on the top PSA stage is something to inspire to. 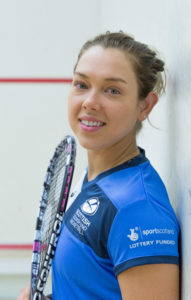 “In other sports, Jessica Ennis is very cool and a great athlete as is Serena Williams.

“She is inspirational in everything she does and has won so many Grand Slams.

“The way she trains and works at her tennis is amazing.”

She added: “For me squash is great fun.

“You can learn so much and it’s not just about getting fit.

“You meet so many people, especially in Scotland and there’s plenty of people to play with. I just love it.

“We have got a lot of young players starting on the professional tour and it’s an exciting time for our sport.

“It’s easy to pick up a racket and there are plenty of clubs. We need all the girls we can to help grow our sport.”