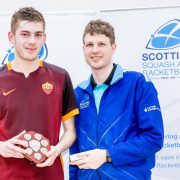 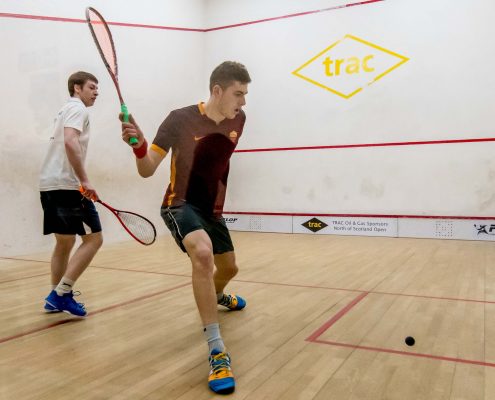 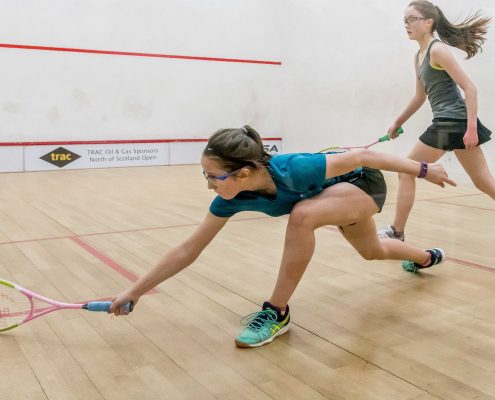 Crieff squash star Rory Stewart backed up his recent win at the British U23 Open by landing the national U23 title on Sunday at the Scottish Squash Junior and Under 23 National Championships in Aberdeen.

The 20-year-old saw off the stern challenge of Martin Ross from Inverness in four tight games before dedicating his victory to mum Susan who was celebrating her birthday whilst watching on at Aberdeen Squash and Racketball Club.

In the semi-finals, Rory, who has recently moved up to 270 in the senior pro rankings, got the better of his housemate Craig Valente-Wallace in three games to claim his place in the final.

Rory said: “I’m delighted to have won after my win at the British Open.

“I played my flatmate in the semi-finals and beating him in three games allowed me to be fresh for the final.

“Fair play to Martin, he didn’t make it easy for me at all but I’m pleased to get it done in four.”

He added: “Ever since Christmas I have kept my head down and worked hard with my coach Paul Bell and it’s great things are paying off.

“I didn’t get my mum a birthday present but hopefully she’s happy that I won the national championships and she can have my trophy.”

– Fellow Crieff player Lucy Murchie claimed a silver medal at the National Championships, losing out to Glasgow’s Orla Young in the Girls-Under-15 final.’