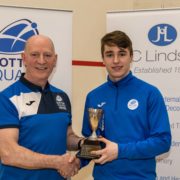 Boys’ Under-17 top seed Alasdair Prott underlined his potential once again as he superbly defended his JC Lindsay Scottish Junior Open title in Edinburgh on Saturday.

The 16-year-old, who heads south early next week for the Dunlop British Junior Open, demonstrated the ruthless streak he’s being looking for, winning his five matches without dropping a game.

At the same venue later that day he was tested by Pakistan’s Muhammad Farhan Hashmi but came through 11-6 11-8 11-9. 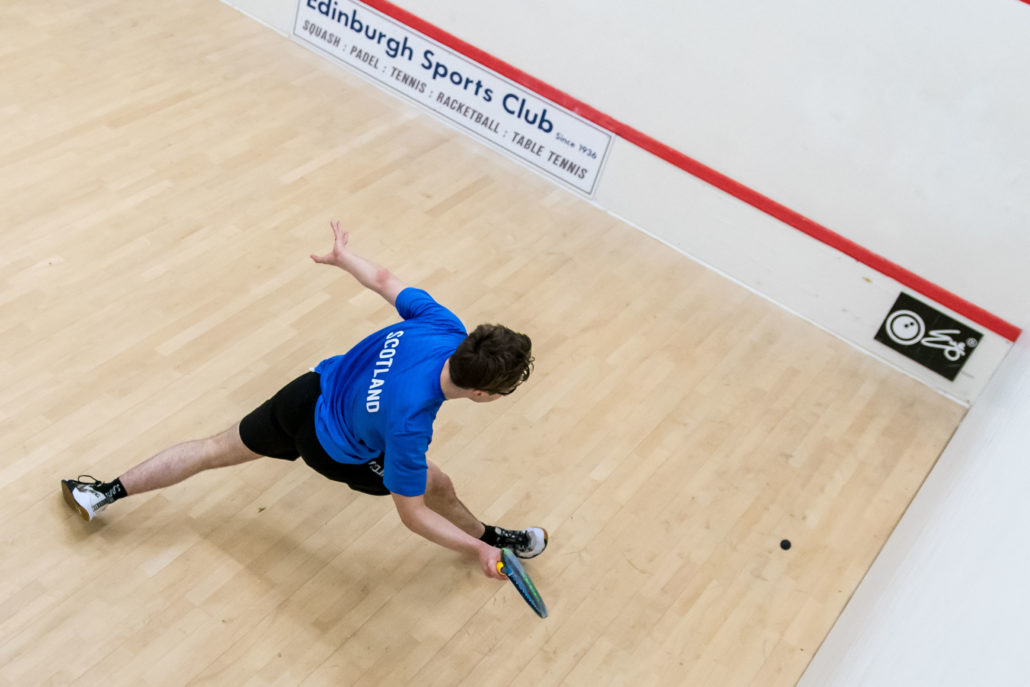 He followed that up on Friday defeating another English player Abdul Muqaddam Khan 11-2 11-8 13-11 before arguably his most impressive display of the week in the semi-finals where he proved too strong for talented Pakistan ace Haris Qasim, winning 11-6 11-9 11-3.

His only match at Edinburgh Sports Club was on Saturday’s finals day where he completed a professional job against England’s Adam Goad on court five, securing an 11-4, 11-2, 11-4 victory.

The Inverness Tennis and Squash Club player said: “Defending my title when there was a really strong field is great.

“Last year was my first year in the age group but I think I played better this year not dropping a game which is a real positive.

“The semi-final in particular was pleasing because Haris Qasim is a very good player so it was great to shut him out and get stronger in the third game. 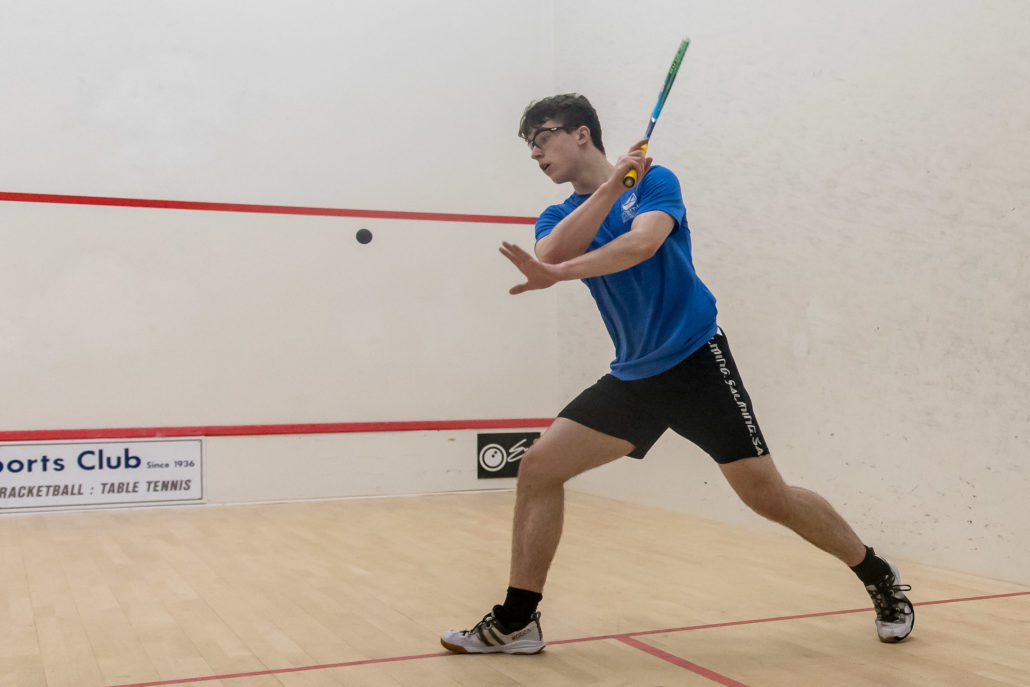 “I thought I executed my plans well throughout the tournament and my concentration was good allowing me to keep the opponent’s score pretty low in most games.

“As I have said before, sometimes I can lose concentration and let players back into matches so to not drop a game in this event was important.”

He added:  “Winning your home tournament feels great and being the only Scot in a final I was glad to get over the line. A lot of people were watching and I enjoyed it.

“Adam Goad has good length to his game so I was trying to move him about and keep him off balance in the final which seemed to work.”

Prott believes there’s a positive vibe in the Scottish Junior scene and hopes that some of the younger players can follow in his footsteps and compete for honours further afield in individual competition. 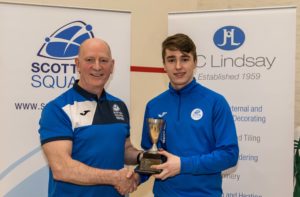 Georgia Adderley, who is third seed at Dunlop British Junior Open GU17 event, won the British Junior Championship U17 title in October with Prott coming runner-up in the BU17 final.

Prott, said: “There’s a really good feel-factor in the Junior game in Scotland with participation on the rise and hopefully a few of them can look up to Georgia and I and try to win titles in the future.”

Images from the JC Lindsay Scottish Junior Open can be found on our Facebook page.

A huge thanks to official event sponsor JC Lindsay and key partner iDare Sports, the official Eye Rackets distributor for the UK and Ireland.

Hard work pays off for Chris Murphy ahead of move into pro ranks
Scroll to top
This website uses cookies to improve your experience. We'll assume you're ok with this, but you can opt-out if you wish.Accept Reject Read More
Privacy & Cookies Policy
Necessary Always Enabled