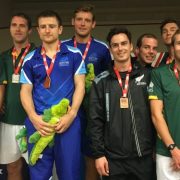 Alan Clyne and Greg Lobban overcame the Australian challenge of David Palmer and Zac Alexander to win the World Doubles Squash Gold Medal. The first match was closely contested with both teams displaying excellent squash. Palmer was forced to take a medical time out due to a back injury but once play commenced again Scotland stayed in control taking the first game 11-8. Scotland continued their strong performance into the second game taking it 11-4 and the match 2-0 to become World Doubles Champions!

The win gives Scottish Squash a strong indication that the new partnership of Clyne and Lobban is working well and Martin Heath the Scottish Squash Elite Performance Coach said:

“I’m delighted for Alan & Greg, and this counts as great success for Scottish Squash. The big match was against Pilley and Cuskelly in the semis, the No.1 seeds. They were under huge pressure, and showed the will, patience, teamwork and winning mentality to get the win and prove they are the best doubles team on the planet right now.”

The new Scottish Squash National Coach Paul Bell acknowledged the work of the whole team which also included Dougie Kempsall and Kevin Moran in their first competition as doubles partners.

Sportscotland and the Scottish Institute of Sport have been incredibly supportive of the Squash programmes and we acknowledge their contribution to this medal and in our preparation for the Gold Coast.

A delighted Lobban added: “It hasn’t really sunk in yet – we came straight off court to get drug-tested then were off to the airport to go to Hong Kong,”

“It’s our first major event playing together and we only got put together a month ago. We got a couple of weeks practise in at the Scottish trials for this event and won a tournament there too. But to win something like this with your fellow countryman, you can’t really ask for more.”

“We’re both keen to keep playing together and the preparations for the Commonwealth Games have obviously started off really well,” said Lobban, who made the quarter-final of the men’s doubles and the last 16 of the singles at Glasgow 2014, aged just 21.

“There’s going to be more opportunities to play together closer to the Games, so hopefully we can stick together.” 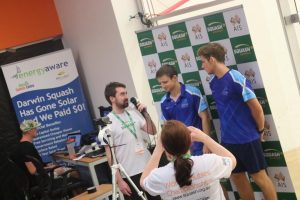 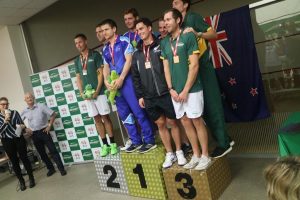 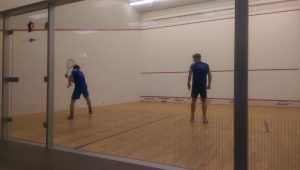