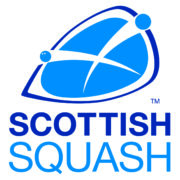 At the General Meeting held on 24th September at the new Scottish Squash HQ in ORIAM, Heriot Watt University the following changes to the governance of Scottish Squash were agreed by the Members:

The meeting agreed that the Company name shall return to Scottish Squash Limited and Racketball is to be removed from the title. Racketball was recently rebranded Squash 57 in a Global rebrand spearheaded by WSF. The Squash 57 rebrand is in a bid for squash to be pushed towards selection for the Olympics. Maggie Still CEO of Scottish Squash Ltd stated:

“We recognise that Racketball / Squash 57 is a game loved by many within Scotland and there is a strong and vibrant community promoting and playing the game. We will continue to work with players and promoters to support the game moving forwards and it will remain an important element within the squash brand. This name change is for the Scottish Sports Governing Body only to bring additional clarity, specifically for external partners, and there is no expectation that other organisations within Squash in Scotland will change their name. We will endeavour to minimise any costs incurred in the name change and keep any changes as simple as possible. However, we are delighted with the decision to simplify the name and focus the sport and I am convinced that this will help with our efforts to further raise the profile of the sport”.

The Board have been working to modernise the governance of the organisation and this has work been led by Stuart Tennant, Scottish Squash Non Executive Director (Legal). Stuart is the Legal Counsel for the RFU and has a wealth of experience in sports law. Many of the changes have been prompted by the sportscotland SGB Governance Framework (available via the following link: https://sportscotland.org.uk/media/1750/sgbframework14ppweb.pdf) but we also consulted the non-binding UK Sport / Sport England Code of Governance for Sport (available via the following link: http://www.uksport.gov.uk/resources/governance-code) and the Sport & Recreation Alliance Voluntary Code of Good Governance (available via the following link: http://www.sportandrecreation.org.uk/governance/voluntary-code-of-good-governance). The Board were also mindful of the recent recommendations to WSF in terms of modernisation and changes to governance.

Stuart said of his work with Scottish Squash:

“I was delighted to assist Scottish Squash with modernising their articles and ensuring that the game is properly governed by the board.  The changes put Scottish Squash on the same footing as many English sports governing bodies and in an advanced position should SportScotland enact a Governance Code with similar content to the one adopted by Sport England / UK Sport.”

A list of the material changes is set out below:

These changes to the Board will be implemented as the Board evolves over the next twelve months.

“We are delighted that Jim Hay has agreed to remain as President of Scottish Squash and Chair of the Scottish Squash Board. The recent changes will enable greater skill retention on the Board, as recommended by the best practice governance frameworks and provides a better time period for succession planning.”

“Jim was recently appointed to the WSF Ethics Commission and his vision, values and connections will be good for the sport in Scotland and will keep us central to the action as the sport strives for Olympic inclusion”

Thank you to everyone who attended the meeting and who have offered input into the modernisation process and special thanks to Stuart Tennant for the delivering this work for the sport.

If you have any questions about the changes please contact Maggie Still at Maggie.still@scottishsquash.org