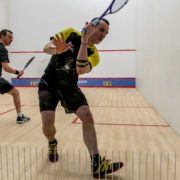 Boughton said: “I am really pleased.

“I’ve played Pete so many times and I haven’t had a win against him in the Masters until now.

“At 10-5 down I thought it was going to be another glorious defeat but I am chuffed to beat him and finally get over the line. 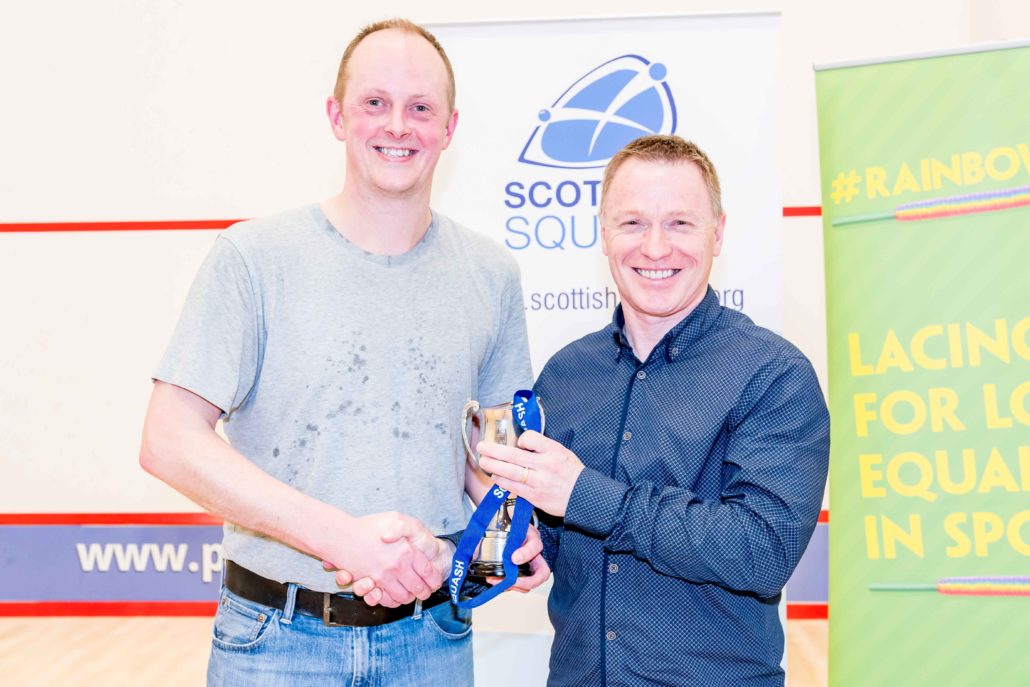 “Some of his shots are unreturnable so I needed to make him try and hit his shots from the back as much as possible to force the mistakes.

“Pete had played a few matches before the final which would have helped me and he made mistakes at crucial points.

“But he usually grinds through so I am really pleased to have got a win over him.”

Colinton Castle’s Chris Gray felt he benefited from playing O’Hara straight after the Over 45s final but was delighted to secure his maiden Masters title in the Over 35s event.

He said: “I only decided to play on the last day of entry but I am glad I did.

“I am delighted to take the title. My wife played this weekend as well so it has been a great experience.”

He added: “In the first couple of rounds I played two guys who I had never played before which was nice. 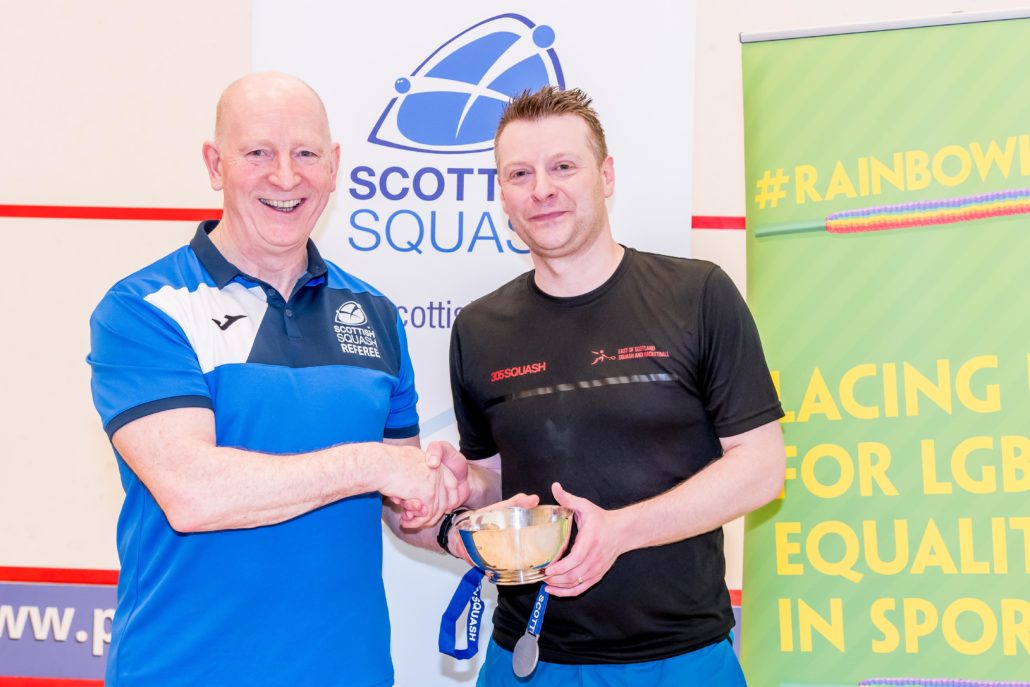 “It suited me because, with my style, some players can get the read on me, so the element of surprise was there.

“It can be hard to concentrate when your opponent is struggling but Pete is able to hit five or six winners without moving so I had to retain focus in the final.”

Reflecting on his bold decision to try and win a hat-trick of Masters titles this year, O’Hara said: “Playing six matches in one day was too hard but the challenge was there and I went for it.

“The quality of opponents I played were just too good to play one after the other. 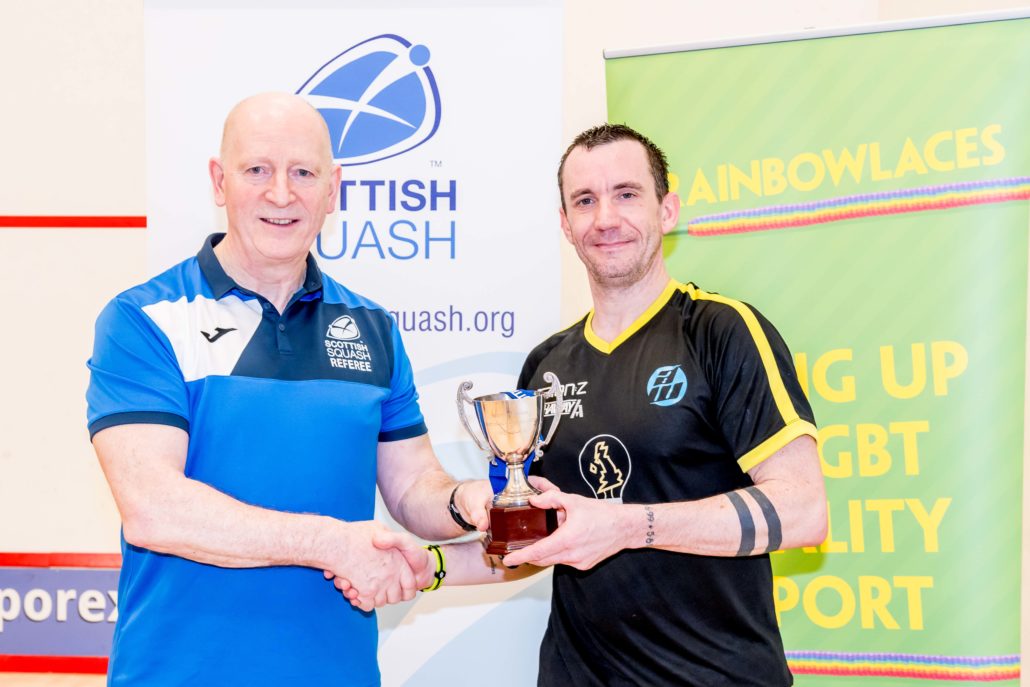 “It opened my eyes to how hard it was.”

He added: “I have known Keith a long time and we grew up playing together. I was happy to win that one.

“I have probably only been on court three or four times the past month so I enjoyed the way I played.”

He said: “The final went exactly to plan, I was pretty consistent throughout and I am very happy.

“The last time we played earlier in the season he fought back from 2-0 down and that was on my mind in the third game.

“I made sure I didn’t relax and let him back in.

“I found my length early and managed to pin back a dangerous opponent.

“I didn’t give many cheap points to Russell which was a theme over the weekend for me.” 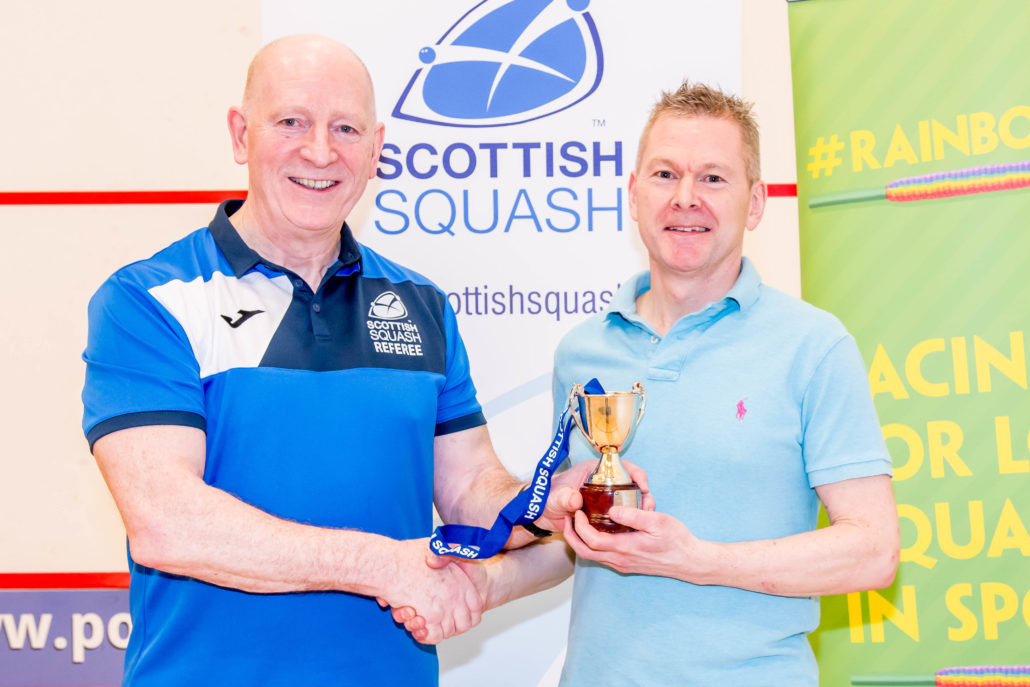 He added: “I like playing up in Inverness, it’s a great set up with good courts.