The pinnacle event for the squash playing nations of the European Squash Federation is the European Men’s and Women’s Team Championships – this year held in Herning, Denmark, from 28 April to 2 May.

Scotland No.1 and 5-time National Champion, Alan Clyne, led the Men’s Team this year and, in doing so, also earned his 100th and 101st caps for Scotland. This monumental achievement is extraordinary – given the few opportunities that are available for players to do so, and reflects his on-going commitment to playing for his country.

His caps have been earned the hard way – mostly competing at No.1 against a “who’s who” of the best players in the world including Nick Matthew, Ramy Ashour, Gregory Gaultier, Stewart Boswell, David Palmer, Thiery Lincou, Jonathan Power, Borja Golan and many others. In his preparation and commitment, Clyne has set a standard for his team mates and those wishing to join him in the most exciting representative competitions in the sport – including World, Commonwealth and European championships.

His 100th cap was earned against French No.1, Gaultier, the current World No.3, and his 101st was against new World No.7, Germany’s Simon Rosner – both matches highlighting the intensity, durability and strength (both physical and mental) demanded at this level. Despite going down in both, his match against Rosner was a great example of his capacity when he reduced the 190cm giant to doubling over in physical despair – unfortunately unable to scrape a tight drop shot off the wall at match ball to allow the German to take the match.

Clyne’s team mates – No.2, Greg Lobban, No.3, Dougie Kempsell, No.4, Kevin Moran, No.5, Jamie Henderson, and No.6, Rory Stewart, were no less committed to bettering Scotland’s results at the past 3 European Team Championships and were determined to get a medal – of any colour.

Greg competed with the aplomb of a far more experienced player to win important matches and to take 2 games off ex-World No.2, James Willstrop, and a game off current World No.11, France’s Mathieu Castagnet, before defeating his nemesis for the past 4 years, Germany’s Raphael Kandra, in 4 fantastic games in the Bronze Medal playoff.

Dougie and Kevin were superb in the critical pool matches to set up the semi-final challenge for a medal when they both achieved significant wins against Netherlands and Wales – both gaining wins over much more experienced opponents in very pressured situations. 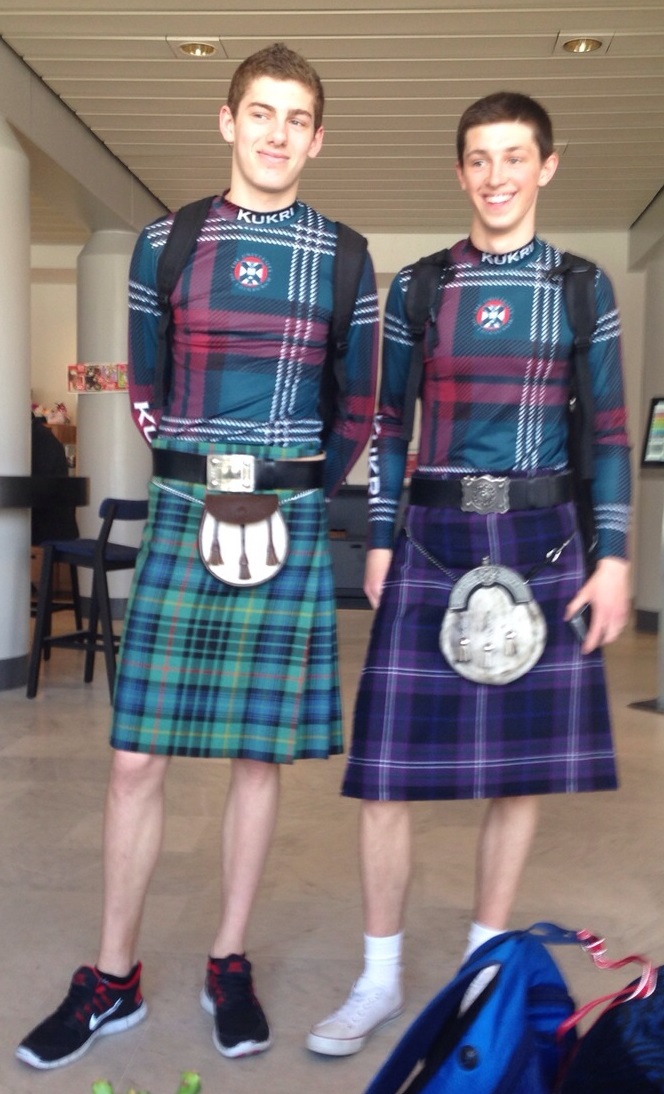 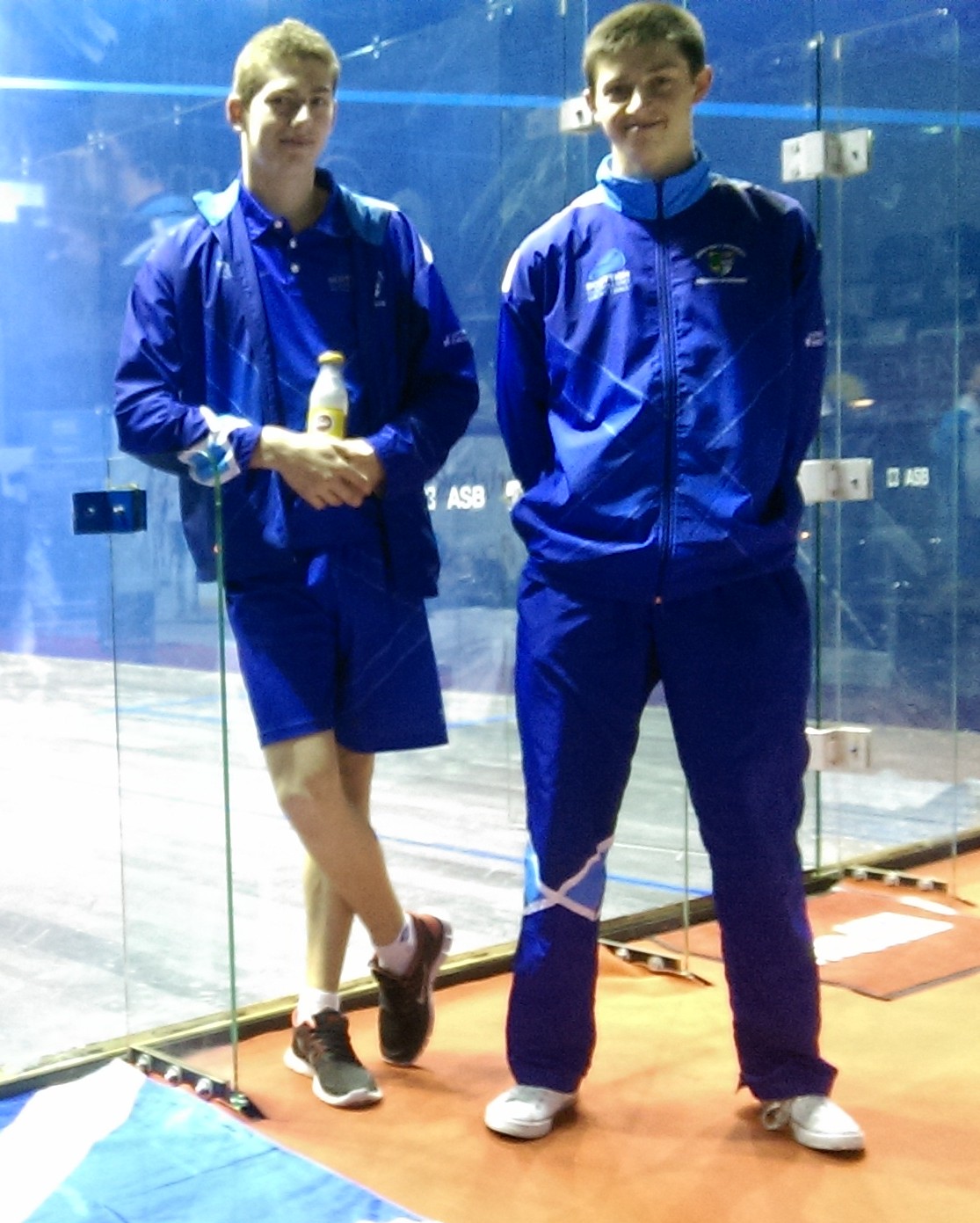 Jamie and Rory earned their first caps for Scotland at senior level when they played against England in the final round of the pools segment. With Jamie against World No.23, Chris Simpson, and Rory against World No.25, Adrian Waller, they were always up against a huge challenge. Rory’s special effort in serving a fault on his first serve at senior international level probably indicates the pressure and nerves that accompany competing at this level.

In the Bronze Medal play-off against Germany (the fourth in four years), the No.1 and 2 players were drawn to play first. Alan Clyne against Simon Rosner and Greg Lobban against Raphael Kandra – two intriguing match-ups that were both split in the Germans’ favour 2-1 in the previous 3 years.  As mentioned,  Lobban reversed last year’s result 3-1 while Clyne, despite exhausting his opponent, couldn’t quite finish him off. At the end of the opening matches – 1 rubber all, 4 games all, and just 4 points separating the teams. 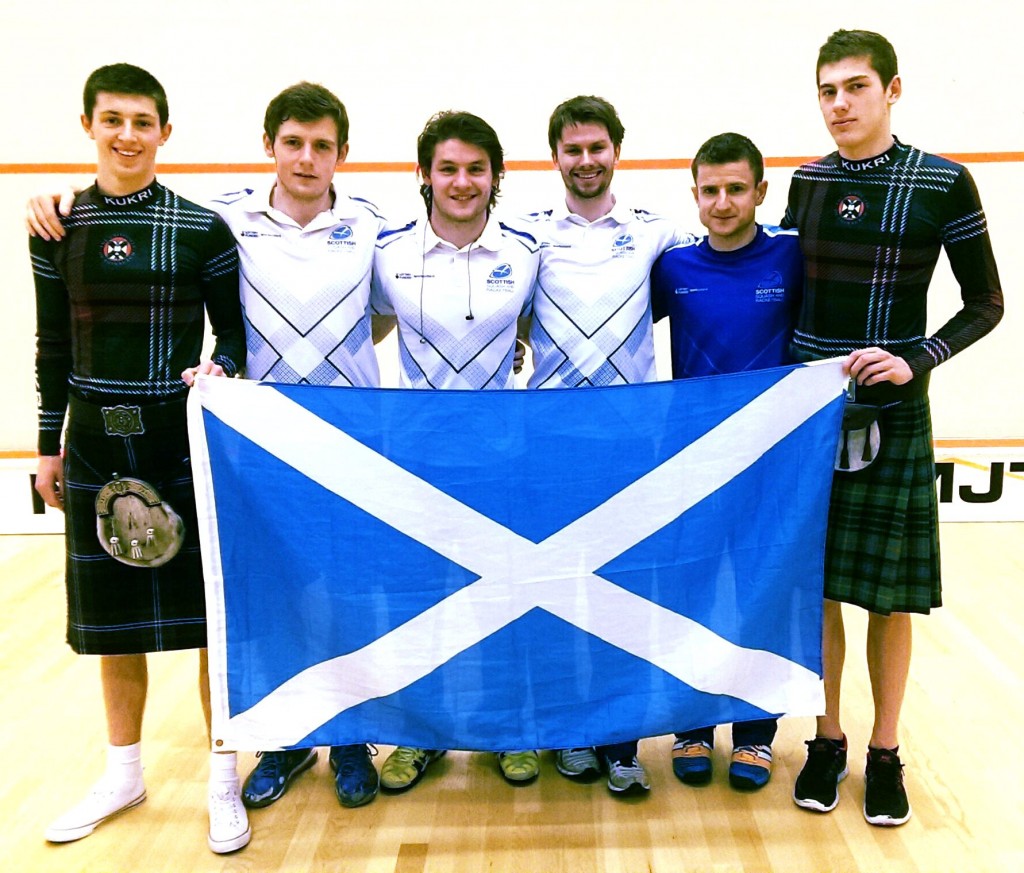 High drama ensued with a nervous Kevin going down in the first two games to Germany’s Rudi Rohrmuller before fighting back to win the third 12-10. The fourth was a see-saw battle as first one and then the other took leads – the German eventually taking the match on a controversial decision. Germany now stood with 2 rubbers, 7 games and points to Scotland’s 1 rubber, 5 games and points – Scotland needing to win the final rubber 3-1 or better and points potentially providing the winner.

After losing a close first game 10-12, Dougie fought back well to take the second 11-9 before slipping behind 6-9 in the third. A ridiculous decision and no-let gave the German match ball before, after an act of frustration, a conduct stroke was awarded against Kempsell to hand the match and the tie to Germany.

Despite the result, the Scots once again showed that they belong in this elite level of the best competition in the world – a significant change compared to the time when staying in Division 1 of the competition was the main goal.

Special note should be made of support team that accompanied the players on this amazing quest – the calamity that befell incumbent Scottish Senior Team Manager, Linda Davie, who was unable to travel as a result of breaking her ankle in 3 places just days before the event – a noticeable absentee who has worked tirelessly over the years to support her team. In her place, new Board Member, Bob Easson, (ex-High Performance Manager for the sportscotland Institute of Sport) performed exceptionally – bringing his broad international experience from other sports (particularly Rugby) to assist the team’s efforts. Kiwi physiotherapist, Kelly Horne, also brought her experience to the team helping to keep the players’ bodies intact throughout the event while Sports Science Lead, Neil Gibson, added his professionalism and unique flair to the physical preparation of the team and to the individual player’s pre and post game needs. 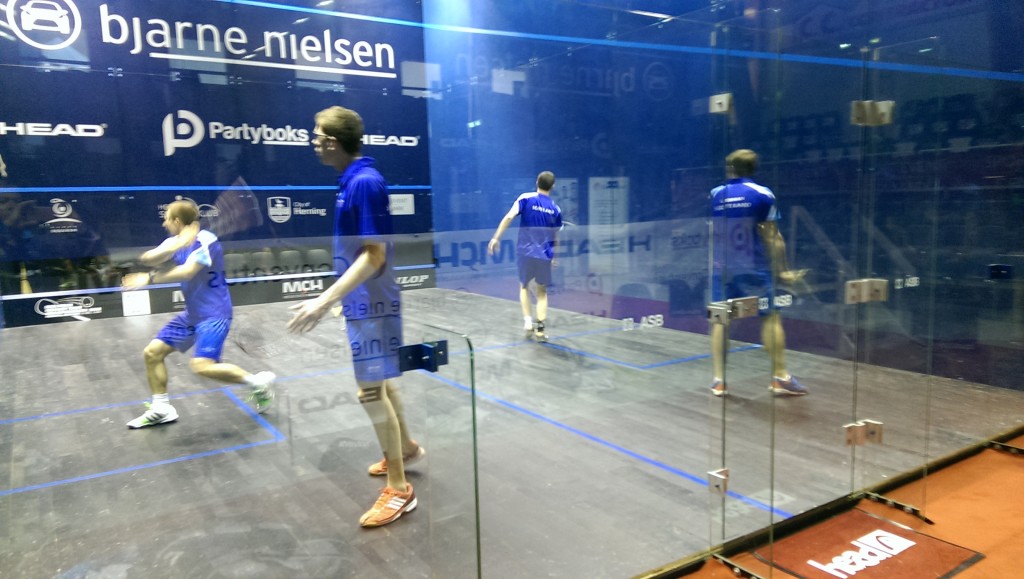 “We must watch the Scottish Team – they are a real threat…” – comment from a French Team member.

“The Scottish Team always looks so professional… they look like they are here to win…” – comment from a competing National Coach.